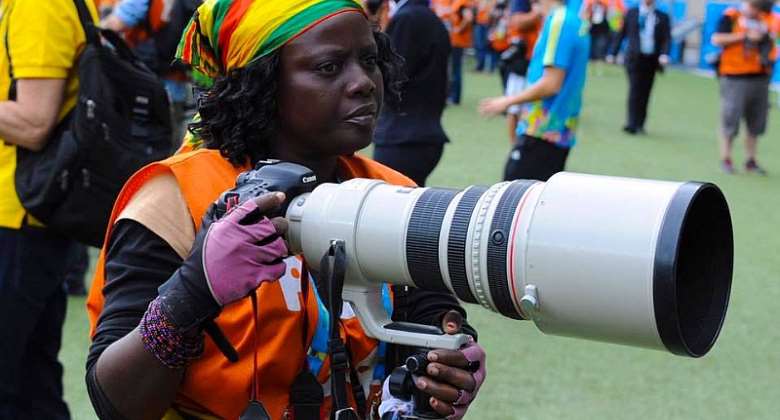 Ghanaian media has been applauded for its leading role in sustaining Ghana's democracy over the years, making the country one of the most stable in the Sub-Region.

The United States of America's Ambassador to Ghana, Virginia E. Palmer, who made the commendation, said the media in Ghana had done a great job in the fight against corruption and political violence.

Speaking at a media engagement in Kumasi, the Ambassador said Ghana was a bulwark of democracy that made it attractive to investors and protected it from violent extremists, adding that the media could not be left out of the success story.

“We all have to work to preserve, protect and perfect democracy. That is a fight that continues in the United States of America because our democracy is not perfect,” she noted.

She said political violence was a real threat to democracy and praised the Inspector General of Police (IGP) for the initiative to engage political parties on the need to prevent violence during primary and elections.

The Ambassador also lauded Ghana's peace-building architecture, saying that the establishment of the National Peace Council at the National and Regional levels was the way to go as a country to prevent conflicts.

Having such institutions in place enables authorities to pick early warning signals to facilitate an appropriate response to looming conflicts, she pointed out.

She also spoke about the importance of the Inter-Party Dialogue Committees and how they were contributing significantly to efforts at resolving political violence at all levels to forestall the escalation of politically influenced disturbances.

This, Ambassador Palmer, believed was a demonstration of Ghana's commitment to strengthen its enviable record a as a beacon of democracy and rule of law.

The role of the National Commission for Civic Education (NCCE) in educating Ghanaians on their civic responsibilities to make the citizenry responsive to the national cause also received applause from the Ambassador, who urged other neighbouring countries to replicate for sustainable development.