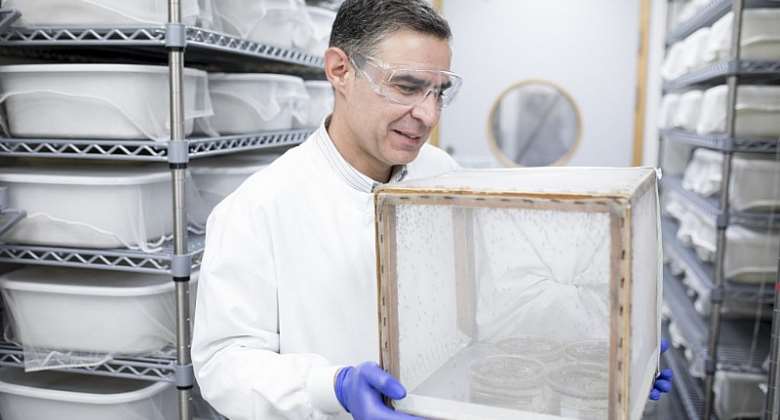 Scientists have genetically modified the main malaria-carrying species of mosquito in sub-Saharan Africa to slow the growth of malaria-causing parasites in their gut, preventing transmission of the disease to humans.

When the Anopheles gambiae takes a blood meal, it produces two molecules called antimicrobial peptides in its guts, according to the scientists.

These peptides, which were originally isolated from honeybees and African clawed frogs, impair the malaria parasite's development.

Now researchers from the Transmission Zero team at Imperial College London have come up with a design that can be combined with existing “gene drive” technology to spread the modification and drastically cut malaria transmission.

Collaborators from the Institute for Disease Modelling at the Bill and Melinda Gates Foundation, which funded the research, also developed a model that, for the first time, can assess the impact of such modifications if used in a variety of African settings.

They found that the modification developed by the Imperial team could be a powerful tool for bringing down cases of malaria even where transmission is high.

Co-first author of the study, Ethiopian-born Dr Tibebu Habtewold from the Department of Life Sciences at Imperial, said: “Since 2015, the progress in tackling malaria has stalled. “Mosquitoes and the parasites they carry are becoming resistant to available interventions such as insecticides and treatments, and funding has plateaued.

The genetic modification causes mosquitoes to produce compounds in their guts that stunt the growth of parasites, meaning they are unlikely to reach the mosquitoes' salivary glands and be passed on in a bite before the insects die.

So far, the technique has been shown to dramatically reduce the possibility of malaria spread in a lab setting, but if proven safe and effective in real-world settings it could offer a powerful new tool to help eliminate malaria, the study says.

“For many years, we have been trying to no avail to make mosquitoes that cannot be infected by the parasite or ones that can clear all the parasites with their immune system,” said Imperial's Astrid Hoermann, co-first author of the study.

“Delaying parasite's development inside the mosquito is a conceptual shift that has opened many more opportunities to block malaria transmission from mosquitoes to humans.”

The Imperial team says it is working on field trials, but will thoroughly test the safety of the new modification before combining it with a gene drive for real-world tests.

The results of the modification technology in the lab and the modelling were published last month in Science Advances.

Working with partners in Tanzania, the Imperial team has established a facility to generate and handle genetically modified mosquitoes and conduct some first tests.

These include collecting parasites from locally infected schoolchildren, to ensure the modification works against the parasites circulating in relevant communities.

Malaria remains one of the world's most devastating diseases, putting at risk about half of the world's population who live in 87 countries and territories, according to the Center for Disease Control.

Co-lead author Professor George Christophides at Imperial warned: “History has taught us that there is no silver bullet when it comes to malaria control, thus we will have to use all the weapons we have at our disposal and generate even more.

“Gene drive is one such very powerful weapon that in combination with drugs, vaccines and mosquito control can help stop the spread of malaria and save human lives.”