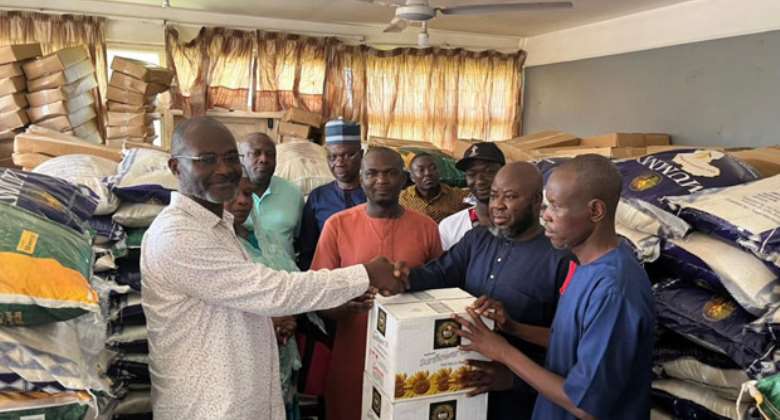 Member of Parliament (MP) for Assin Central, Kennedy Agyapong, has donated various food items to persons living in areas of Bawku affected by the recent conflict that has led to the death of some people in the area.

The Member of Parliament who doubles as the Chairman of the Interior and Defence Committee of Parliament presented the items at Bolgatanga, over the weekend.

He said he wanted to visit Bawku, the conflict area to acquaint himself with the situation there but was advised not to do so for security reasons.

Mr. Agyapong said he received a request from the New Patriotic Party(NPP) Chairman of Bawku to come to the aid of the people as the conflict situation started by the Mamprusi and the Kusaasi factions have put the people in a state of wilderness.

Mr. Agyapong told the leaders not to sideline any of the two tribes, that is Mamprusis or Kusaasis in sharing the items but to ensure equitable allocation to all.

Mr. Agyapong called for peace in the area as innocent people are being affected.

Adding that,” without peace, there can not be developed in the country and entreated the leaders to resolve to ensure that, the various tribes in the area live in peace and harmony.”

We haven’t rejected Justices Gaewu and Koomson – Appointment...
56 minutes ago

Stop the wrongful, multiple sale of lands — Akufo-Addo to ch...
56 minutes ago