Dracula Chinese In The House 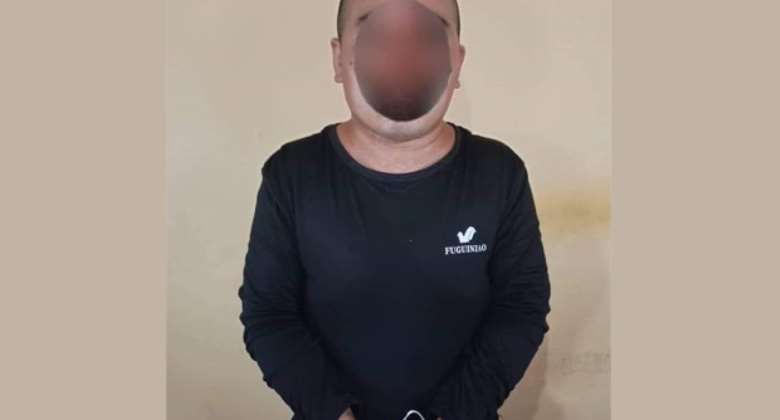 The throat-slashing Chinese employer who made unenviable headlines recently, mustered unusual effrontery when he carried out the life-threatening action.

We wonder what the aftermath of such impunity would have been had it occurred in China by a Ghanaian. A foreign employer would not have dared tread on such a bloody trajectory anyway knowing the outcome.

We, as well as our compatriots, including foreign nationals in the country, are appalled by the conduct of the Chinese. We do not know what he intended to do by attacking the throat of the man who was demanding his remuneration at the end of the month.

The Chinese could have explained himself as to why the remuneration had delayed instead of the brutish, bloodletting action he undertook.

We are constrained to conclude that some of our guests, mostly the Asians, do not show us the respect that we deserve as their hosts while they live with us here in Ghana; they are able to do as the crazy Chinese did to our compatriots with ease perhaps feeling that in the end nothing would happen to them.

Xenophobia is not an attribute of the average Ghanaian. This country has long hosted foreigners from across the world. From Lebanese, Indians to our brothers from the West African sub-region, our country has been their home, a reality dating back to the early days of colonialism and even before.

We remember the Chellerams, Chandirams and Glamours, companies owned by Indians to underscore the foregone.

When we witness the kind of aggression under review, it pains us especially, this not being the first time. The media has carried a number of wicked reactions by foreign employers to our compatriots in a manner which has left us baffled and insulted.

But for the intervention of some military personnel when the Ghanaian worker had his throat slashed, the story would have been different.

From degrading our environment through illegal mining, they have now turned to slashing the throats of our compatriots, an impunity which must be stopped now.

Would the Chinese employer have treated his compatriots similarly were they working under him?

The Police have expectedly moved into the case as the suspect is in their custody in the Western Regional Command Headquarters at the time of composing this commentary.  Besides his presence required as they interrogate him, his safety is also of essence since the workers could attack him in reaction to what he meted out to their colleague.

This is a serious case and we do not expect a kid's glove treatment of it. The court should decide upon his fate so that an appropriate deterrent can be exhibited to others who might foolishly tread that path in the future.

Those who sojourn here on our soil should respect our laws and be reciprocal in their treatment of us.

Our labour department or other relevant agencies should show more interest in how our compatriots are treated as they work in expatriate companies.

We are waiting for the outcome of this matter.