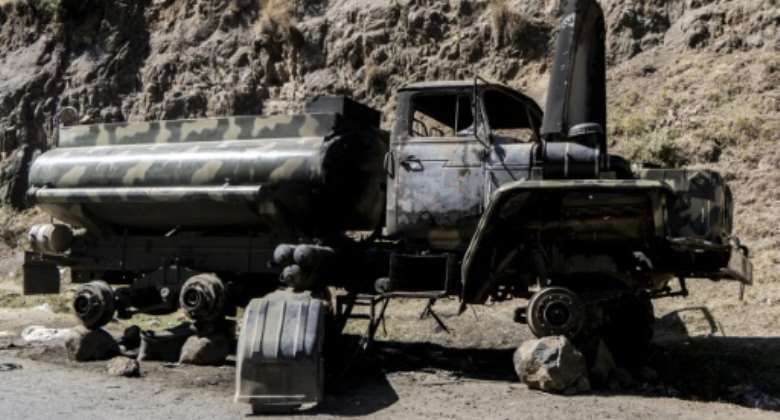 Authorities in Ethiopia's rebel-held Tigray region said they had withdrawn fighters from occupied parts of a neighbouring region to counter a major offensive unfolding to the north.

The latest upsurge has drawn Eritrean troops back onto the battlefield in support of Ethiopia's federal and regional forces, which are fighting the TPLF on multiple fronts in the country's north.

Tigrayan authorities said late Sunday that a redeployment of fighters from occupied parts of the Amhara region to the south of Tigray was necessary to counter intensifying combat to the north.

"So because of this, on the southern front, we have withdrawn from the areas of Amhara region we entered," Tigray's regional authorities said in a statement.

The withdrawal had been under way for three days and could be reversed if the front came under attack again, they added.

An Amhara government official in that part of the region told AFP that TPLF rebels had withdrawn from some towns, and reported some localised fighting.

AFP was not able to independently verify claims of battlefield gains or troop movements.

Access to northern Ethiopia is severely restricted and Tigray has been under a communications blackout for more than a year.

The involvement of Eritrea has provoked strong condemnation from Western nations pushing for a peaceful resolution to the war in Africa's second-most populous country.

Eritrean troops supported Ethiopian forces in the early stages of the war, which erupted in November 2020 when Prime Minister Abiy Ahmed sent soldiers into Tigray to unseat the TPLF.

The TPLF dominated Ethiopia's ruling coalition for decades before Abiy took power in 2018, and is a historic enemy of Eritrea and its iron-fisted ruler Isaias Afwerki.

In September, authorities in the closed-off nation issued a general call for mobilisation of its armed forces.

The war has claimed untold lives and spurred a humanitarian crisis, and all sides to the conflict have been accused of grave abuses against civilians.

We haven’t rejected Justices Gaewu and Koomson – Appointment...
5 minutes ago

Stop the wrongful, multiple sale of lands — Akufo-Addo to ch...
5 minutes ago