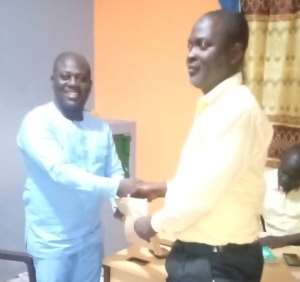 Mr Francis Baidoo, an incumbent Agona East Chairman of the National Democratic Congress (NDC), and 22 others vying for various positions in the party have filed their nominations to contest in the upcoming elections.

Mr Baidoo told the media that the NDC was sure of winning the 2024 elections since many Ghanaians were fed up with the New patriotic Party-led government over economic hardships.

“Their hope is for the NDC to come to power to liberate them from the suffering,” he said.

Mr Baidoo said the NDC had learnt great lessons from its mistakes in the 2020 elections and would not repeat same in 2024.

He said the ward executives of the party, who formed the delegates in the Agona East Constituency, have tried and tested him, and they believed he could champion the course of the NDC to achieve its aims and objectives.

Mr Baidoo said his decision to contest the constituency chairmanship again was to continue with his good works, which saw a win for the NDC in the parliamentary elections and urged the delegates to vote massively for him.

He said a united front was key to winning the 2024 elections, without which it would be extremely difficult to defeat the NPP.

He admonished the aspiring candidates to desist from abusive language in their campaign to sustain the peace during and after the elections.