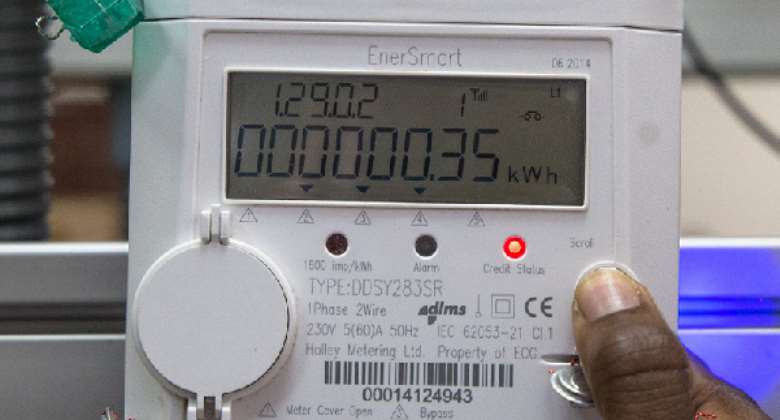 Some residents of Takoradi and its environs in the Western Region have gathered at the premises of the Electricity Company of Ghana (ECG) as the company began the sale of prepaid after a break.

A visit by the Ghana News Agency to the ECG office at the “Mr Dadzie Bakery” area, showed that there were long queues at the place, while service was slow due to the recovering network system.

At the ECG headquarters in Takoradi, GNA witnessed a crowded situation where customers had taken over the ECG car park and the forecourt of the Minerals Commission building.

Some of the customers told the GNA that since they heard the announcement that the ECG had extended its working hours at the weekend, they decided to take chances in getting credits for their meters.

Some also said their foods and other items were going bad in their refrigerators and had no choice than to get credit from the ECG to power their refrigerators so as not to lose money hence, they came to the place as early as 4:00 am to form a queue.

Meanwhile, as of 8:49 am, the ECG workers were ready to serve the customers who had come from far and near, but the link/network was not ready since it had to be opened from Accra.

It would be recalled that the Electricity of Company of Ghana Limited announced that due to some technical challenges, purchasing of electricity credit by customers on the Ecash and PNS metering systems has been interrupted.

Against this backdrop, the ECG assured affected customers that the engineers of the company were working assiduously to correct the anomaly and restore the system to normalcy.

The affected areas were Takoradi in the Western Region, Volta Region, Tema in the Greater Accra Region, Cape Coast, Winneba, Kasoa and Swedru in the Central Region and Koforidua, Tafo and Nkawkaw in the Eastern Region.

Mr Benjamin Quarcoo, Western Regional Public Relations Officer (PRO) of ECG told the GNA that they were aware of the inconveniences created for a section of their prepaid metering customers as a result of network challenges associated with vending services.

He reiterated that the technicians were on the field putting measures in place to ensure that the situation was brought under control in the shortest possible time.

The Public Relations Officer, therefore, apologized on behalf of the company and said every inconvenience caused by the technical challenge was deeply regretted.

Your plan to buy oil with gold instead of USD bogus; you're ...
22 minutes ago