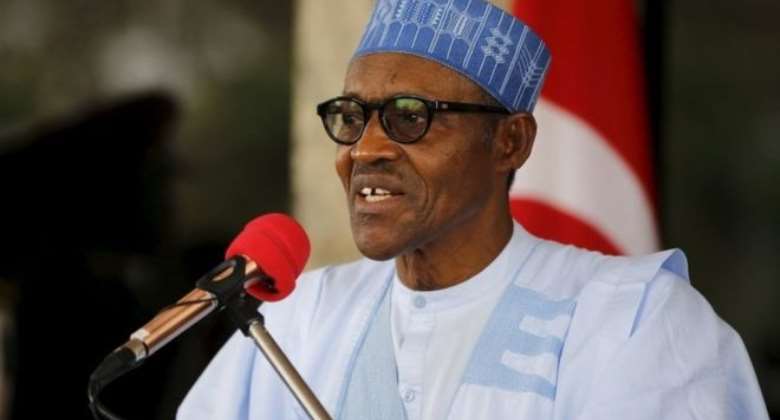 Socio-Economic Rights and Accountability Project (SERAP) has urged President Muhammadu Buhari to “recommit to transparency, and demonstrate leadership by publicly committing to publish your asset declaration at the end of your tenure of office, and encouraging other members of your administration to do the same.”

SERAP also urges him to “direct the Attorney-Generalof the Federation and Minister of Justice, Abubakar Malami (SAN) to take immediate steps to expeditiously, diligently, effectively and fairly prosecute all outstanding high-profile corruption cases currently being handled by his office.”

Buhari had stated in his Independence Day address that “I have promised to bequeath a country where all citizens have equal opportunities to achieve their lives. We have made significant progress in the eradication of deeply entrenched corruption that permeates all facets of our national development.”

But in an open letter dated 1 October 2022 and signed by SERAP deputy director Kolawole Oluwadare, the organization said: “Contrary to your Independence Day address, grand corruption has continued to deny millions of Nigerians equal opportunities.”

SERAP said, “promoting transparency and combating corruption and ensuring full and effective respect for the rule of law would send a strong signal of your commitment to leave behind a legacy of transparency and accountability.”

According to SERAP, “millions of people are falling into preventable poverty, and live in a continuing state of anxiety and insecurity.”

The letter, read in part: “promoting transparency, combating corruption and obeying the rule of law is vital if your administration is not to leave behind a legacy of impunity and an assault against the rule of law.”

“We hope that the next few months will show your administration’s commitment to consistently uphold transparency and accountability, in order to create a rule of law-friendly environment that would make Nigerians safer.”

“There remain longstanding and grave concerns regarding widespread cases of grand corruption involving high-ranking government officials, and systemic corruption in ministries, departments and agencies (MDAs), and persistent attacks on the rule of law.”

“The reality today is that there is massive corruption at the highest level of government, and in ministries, departments and agencies, with a corrosive impact on Nigerians.”

“The indicators of bad governance and mismanagement of the country’s natural wealth and resources should serve as proof of the need for your government to reinforce and recommit to the fight against corruption.”

“Public officials still use political power to enrich themselves without considering the public good. In several states of the federation, and federal ministries, corruption is taking place every day and every hour.”

“Corruption continues to directly affect the lives and well-being of millions of Nigerians across the country, and to erode public trust in public institutions and leaders, threatening the foundation of our democracy.”

“The best measure of a country’s progress toward transparency and accountability is a total obedience to the rule of law.”

“The law ought to command the highest levels of respect by for example, the government immediately obeying orders and judgments of competent courts. No country in which official positions and orders claim a place in people’s minds higher than the law can truly be said to fight corruption.”

“SERAP urges you to recommit to transparency and accountability, and the rule of law, and obey all outstanding court judgments that would improve the ability of your government to fulfil your promises to Nigerians.”

“Consistent with the principles of transparency and accountability, SERAP also urges you to encourage all presidential candidates to also publicly declare their assets ahead of the 2023 general elections.”

“According to our information, details of about 103 high-profile corruption cases being handled by the Economic and Financial Crimes Commission [EFCC] were reportedly made available in 2017 to the Office of the Attorney-General of the Federation and Minister of Justice upon request.”

“Also, the case files of 15 high-profile corruption suspects are allegedly missing. The missing files are among the 23 cases reportedly sent by the now defunct Special Presidential Investigation Panel on the Recovery of Public Property, [SPIP] in 2019 to Mr Malami, and include some charges of fraud involving some former governors and senators, non-declaration of assets and possession of foreign accounts cases.”

“The rule of law crisis is illustrated by your government’s persistent failure to obey decisions of Nigerian courts; failure to consistently combat corruption and push for transparency in asset declarations by high-ranking government officials, and the failure to protect Nigerians’ right to life and security.”

“There are several judgments that your government is yet to obey, including the judgment by Justice Hadiza Rabiu Shagari ordering your government to tell Nigerians about the stolen asset it allegedly recovered to date, with details of the amounts recovered.”

“Another judgment, by Justice Mohammed Idris [as he then was], ordered your government to publish details on the spending of stolen funds recovered since the return of democracy in 1999.”

“The judgment, by Justice Chuka Austine Obiozor, ordered your government to publish details of payments of billions of naira to allegedly corrupt electricity contractors and companies since 1999.”

“Your government is yet to obey the judgment by Justice Oluremi Oguntoyinbo. The judgment ordered your government to challenge the legality of states’ life pension laws and to recover pensions already collected by ex-governors now serving as ministers and members of the National Assembly.”

You’ve been a dependable husband – Lordina celebrates Mahama...
24 minutes ago