How Many Schoolchildren Did You Enroll? 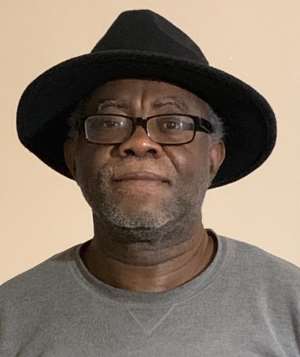 Recently, when President Addo Dankwa Akufo-Addo paid a working visit to the Yapei-Kusawgu District in the Savannah home region and the electoral stronghold of former President John Dramani Mahama, he discovered to his horror that some 17 towns and villages were without electricity and had yet to be connected to the national power grid. So, when Mr. Mahama smugly asserts that as President, he extended electricity to many communities across the country, somebody needs to ask the Bole-Bamboi native precisely which communities in which parts of Ghana he is talking about (See “Akufo-Addo Is Nowhere Close to My Achievements in Infrastructure – Mahama” Modernghana.com 9/23/22).

This is a man who has never put his money where his mouth is, as it were, who actually scammed the Ghanaian people and taxpayers millions of cedis and dollars that could have been used to significantly improve the country’s still woefully inadequate infrastructural resources. You see, Ghanaians have not forgotten the 300-plus hulks or engineless minivans that Mr. Alexander Segbefia, the Mahama-appointed Health Minister, imported from Germany under the pretext of exponentially boosting up the stock of the vehicular capacity of the National Ambulance Service (NAS) in the runup to the 2016 General Election.

Now, let the Dear Reader compare the Mahama ambulances with the 300-plus state-of-the-art ambulances imported into the country from the same European country, to wit, Germany, by Mr. Kwaku Agyeman-Manu, the present Akufo-Addo-appointed Health Minister, and then draw the relevant and appropriate conclusions. Indeed, even as one of the stalwarts of the National Democratic Congress (NDC) and former Central Regional Chairman of the National Democratic Congress, Mr. Bernard Allotey-Jacobs, had more than umpteen occasions to remark, so “heavenly” and squeaky-clean are the Akufo-Addo-imported ambulances that a dying patient being transported to the hospital in one of these state-of-the-art ambulances is likely to feel hale and hearty well before the ambulance arrived at its destination.

And, predictably, just for telling the gospel truth and literally letting the metaphorical chips fall where they may, Mr. Allotey-Jacobs was promptly and summarily expelled from the National Democratic Congress by Messrs. John Dramani Mahama and Johnson Asiedu-Nketia, the dynastic and longest-reigning General-Secretary of the political party establishment that is also infamously known as Murder Incorporated (MI-NDC). We must also underscore the verifiable fact that while, indeed, the University of Ghana Medical Center was constructed during the tenure of the late President John Evans Atta-Mills-led government of the National Democratic Congress, the very decision and the contractual agreement that brought the University of Ghana’s Medical Center into existence and operation had absolutely nothing, whatsoever, to do with any of the key operatives of the political party establishment at the helm of the country’s affairs at the time.

Nearly every aspect of the contractual details that brought the University of Ghana Medical Center into existence and operation was initiated by the Ernest Aryeetey-led University of Ghana Administration at the time. The Atta-Mills regime would only step in when some aspects of the contractual compact went awry. You see, it takes a desperate self-preening political scam-artist like Yagbonwura Kwame Gonja to shamelessly take credit where no such credit is genuinely due. Likewise, a President who literally imposed a complete blackout on the Ghanaian people for a protracted four-and-half years ought to have been strung high up on some narcotic contrabands to pompously claim to have extended electricity to all parts of the country to an extent that could not even be claimed by the late President Jeremiah “Jerry” John Rawlings, the acclaimed Founding-Father of the National Democratic Congress, who had also personally gone on public record as claiming to have expanded Ghana’s hydroelectricity distribution capacity and reach from an abysmal 27-percent, at the inception of his tenure, to nearly 90-percent at the close of the same, some 20 years later, with the assistance of the Italian Government.

Indeed, it is very certain that if he were alive today, even as yours truly writes, Chairman Rawlings would be the very first Ghanaian leader to fiercely and vehemently contradict Kwame Gonja, his former protégé whom he bitterly, perennially and incessantly described as the most thoroughgoing corrupt Ghanaian leader since Independence. Unless, of course, the compulsively prevaricating Bole-Bamboi native, from the Akufo-Addo-created Savannah Region would also have the members of the global Ghanaian community believe that recklessly plunging the country into the stygian darkness of Dumsor was really about the auspicious and progressive extension of electricity across all parts of the nation, a patently false assertion that not even Mr. Franklin Cudjoe, the Executive-Director of the Accra-based IMANI policy advocacy institute and a staunch supporter of Mr. Mahama, is not apt to endorse or facilely concur with.

According to Mr. Cudjoe, and this can be readily verified or accessed, of the 200 Senior High School Physical Plant Facilities promised by then President Mahama, during the course of his four-and-half years in office, a miserly 40 physical plant facilities, or 20-percent of this oath-sworn promise had been completed by the time that JDM was auspiciously and opportunely jackbooted by Ghanaian voters from Jubilee House. And of the latter, nearly half were not even equipped with the requisite learning tools, such as Wi-Fi or internet-accessible facilities. Now, who believes that such a miserly infrastructural figure comes anywhere near the dozens of hi-tech Senior High School Physical Plant Facilities constructed by President Addo Dankwa Akufo-Addo over the course of the last six years and still counting?

It is also pathetically desperate for Mr. Mahama to be bragging like a teenager about having constructed the Terminal Three Wing of the Kotoka International Airport (KIA). You see, Dear Reader, with the legendary “Little Man from Kyebi,” we talk of the construction of whole suits of airports all across the country, not the mere minor architectural additions to already completed major projects. You see, a man who bankrupted the landmark John Agyekum-Kufuor-established National Health Insurance Scheme (NHIS) cannot credibly claim to be the most progressive Fourth-Republican leader in the critical national sector of infrastructural development. I can bet my proverbial bottom-dollar that Kwame Gonja does not even believe such vacuous vaunt himself.