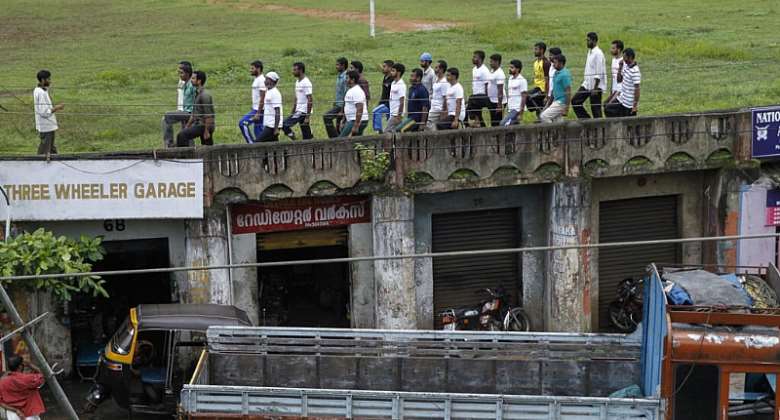 India has banned the Muslim political organisation the Popular Front of India (PFI) along with eight of its affiliates over their alleged links to terrorist groups.

The five-year ban comes after raids on the group and its members were carried out by India's top anti-terror agency, the National Investigation Agency (NIA), and the Enforcement Directorate, which fights financial crimes.

More than 350 alleged PFI members were arrested in two rounds of raids.

The government said it had banned the PFI and its associate groups for allegedly undertaking "unlawful activities" that were "prejudicial to the integrity, sovereignty and security of the country".

While operating as a "socio-economic, educational and political organisation", the PFI had been "pursuing a secret agenda to radicalise a particular section of the society”, the government said.

With a strong presence in the southern states of Kerala and Karnataka, the PFI is active in more than 20 Indian states – counting its membership in the "hundreds of thousands".

The organisation emerged in the aftermath of the ban on the Students Islamic Movement of India and has projected itself as an organisation that fights for the rights of minorities, Dalits and other marginalised communities.

It has never contested elections but has been involved in carrying out social and Islamic religious work among Muslims along the lines of the work done by right-wing Hindu groups.

“This is the new India, where terrorists, criminals and organisations and individuals who pose a threat to the unity, integrity and security of the nation are not acceptable," said Uttar Pradesh Chief Minister Yogi Adityanath.

While many mainstream politicians agree support the ban, some within the opposition have called for a similar crackdown on the right-wing Hindu nationalist Rashtriya Swayamsevak Sangh (RSS), the ideological wing of the ruling Bharatiya Janata Party (BJP).

"Both the outfits have stirred up communal hatred and thus tried to create division in the society.”

The government accused the PFI of having links with with the banned Students Islamic Movement of India, the Jamat-ul-Mujahideen of Bangladesh and Islamic State in Iraq and Syria.

Hindu groups have long demanded a total ban on the PFI, which the Kerala High Court once described as an "extremist organisation".

However, the PFI continues to deny any involvement in terror activities.

Before the government's ban on the Popular Front of India, 42 organisations were banned by the central government as "terror organisations" under the Unlawful Activities Act.

According to a document of the Home Ministry, the ban came in the wake of over 1,300 criminal cases registered across the country by law enforcement agencies against PFI members.

These include offences related to the killing of leaders associated with Hindu organisations, organising suspected terror camps, alleged radicalisation of youth and links with foreign terrorist organisations.