Will climate justice be yet another victim of the energy crisis? 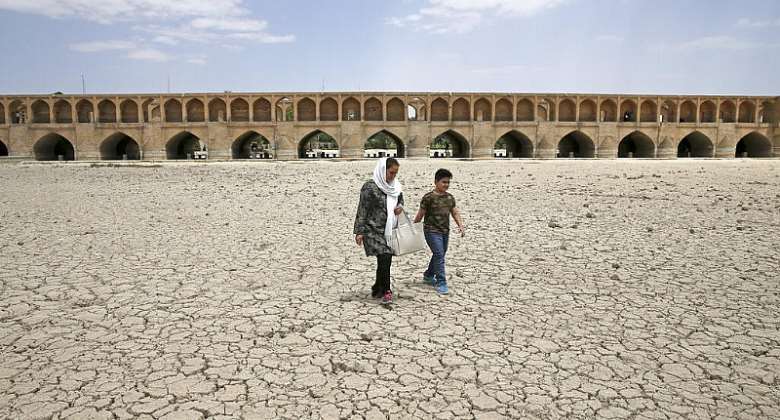 The energy crisis is weighing down expectations for the Cop27 climate conference – an event it's hoped will mark a breakthrough in climate justice for developing nations worst hit by global warming.

Much talk is being centred on how host country Egypt, as a middle-income, African and Middle Eastern nation, stands to influence the agenda of the so-called “African Cop”.

This means getting richer nations to pay for climate adaptation and mitigation efforts in poorer countries already reeling from the devastating impacts of rising temperatures.

Securing that money is a thorny issue made more complicated by an energy crisis that is seeing many countries seek out fossil resources rather than invest in clean energy solutions.

Egypt – a nation of 103 million people that stands to benefit from loss and damage reparations – is digging its heels in.

Foreign Minister Sameh Hassan Shoukry Selim told the UN General Assembly in New York that not only did the promised $100 billion need to be delivered – but that financing for adaptation needed to be doubled.

Selim said it was essential that Cop27 reached outcomes that would see enhanced mitigation, adaptation and loss and damage commitments – as well as a reduction in emissions.

At a pre-Cop event earlier this month, climate change envoy John Kerry told leaders of 24 African countries that the United States understood it was “more expensive not to act against climate change” than to act.

He acknowledged that 20 countries were responsible for 80 percent of the problems caused by the climate crisis.

Kerry's words come during what's been described as “a serious crisis of mistrust” between countries of the global north and south.

It is hoped that Cop27, taking place in November in the resort city of Sharm el Sheikh, will help repair the damage being done on a diplomatic level as well as an environmental one.

Civil society, NGOs and developing countries want issue of loss and damage – a term that covers all the material and human damage caused by a climate disaster – to be an integral and permanent part of the climate talks.

They're pushing for a dedicated fund to be set up  even if remains unclear which types of weather events qualify as climate-related, and even if it's unclear who should pay what.

Achieving this would help to unblock negotiations on other stumbling blocks to effectively implementing the Paris agreements effectively, says Aurore Mathieu of the Climate Action Network.

"No mechanism has been put in place within the UN to pay once the disasters have occurred – for example in Pakistan,” she told RFI.

"Rich countries claim that the money put on the table for adaptation is enough, but it isn't.”