Alleged slashing of Ghanaian throat by Chinese employer, musings of a broadcast journalist 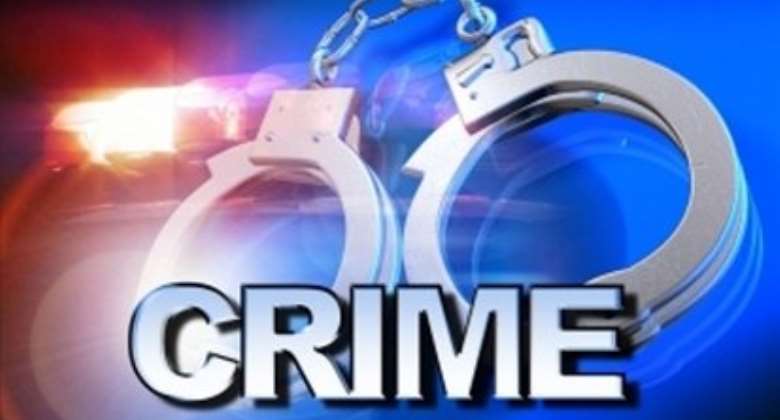 On Thursday, 29th September, 2022, Ghanaians woke up to a shocking news of the alleged throat slashing of an employee by his employer.

Information has it that one Isaac Boateng, a Ghanaian employee is currently battling for his life at the Effiankwanta Regional Hospital after his Chinese employer inflicted a cut on his neck at Kweikuma, a community in the Sekondi-Takoradi Municipality of the Western Region.

The victim, is reported to have been assaulted when he confronted his Chinese boss over unpaid salaries.

The boss who inflicted the knife wounds runs Paulichenda Engineering, a Chinese company that has been contracted to erect edifices close to the apartments of the Ghana Navy flats at Kweikuma (Myjoyonline.com,2022).

There have been similar events in the past. EJFoundation reported in 2020 that Ghanaian workers have suffered shocking human rights abuses aboard Chinese-owned trawl vessels, from beatings to a lack of drinkable water or basic medicines and punishing working hours. “This abuse of the crew goes hand-in-hand with threats, the bribery of fisheries observers and large-scale illegal fishing. The testimonies, documented in a new report from EJF, are a deeply troubling indication of the treatment of local crew on board Chinese-operated trawlers, which are ubiquitous along the West African coast".

Six years back, a Ghanaian lady, who was an employee of one of the foreign run restaurants was savagely assaulted by the owners’ in-law which ruffled the feathers of many Ghanaians but died down with the passage of time.

Abbey (2017) reports for graphic online that "A 25-year-old female employee of the Marwako Restaurant in Accra has been allegedly assaulted by a Lebanese supervisor for fidgeting with a blender and working slowly".

The story adds, the assailant, Jihad Thaabn, 26, a brother-in-law of the owner of the Marwako Restaurant, is reported to have angrily grabbed the neck of the victim and dipped her face into blended pepper, which he had poured onto a table.

"The victim, Evelyn Boakye, whose face was allegedly rubbed in the blended pepper for more than 10 minutes while Thaabn squeezed her neck and yelled abusive words on her, had to cry for help as she pleaded with Thaabn to let her go (Abbey, 2017)".

Regarding the current issue in which the employee’s throat has allegedly been stabbed, the victim and his colleagues had worked for the company and had not been paid at end of the month. As a normal occurrence, the employees met and nominated the victim to engage with their boss to ascertain the reason for the nonpayment.

The action on the part of the employee is the rational thing to do. Thus, dialogue between employers and employees. I just cannot fathom why the foreigner would muster such an absurd courage to stab the employee on his neck. That is unthinkable.

From the way the things are panning out, it appears some foreign employers aren't respecting our laws let alone the inhabitants they work with. It is highly unfathomable for any foreign employer in America, the UK or even in China to met out the kinds of treatment the Chinese and some Lebanese employers are inflicting on Ghanaians.

Such acts of ill treatment towards our citizens taking into consideration the Aisha Huang and the illegal mining menace smack of disrespect towards Ghanaians as a people. This has embolden all other foreigners not to equally respect us. Too bad.

Ghanaians are hospitable people but from the way things are occurring, it makes me feel either foreigners are taking our hospitality for granted or we are just being cowards or stupid or both.

Another reason I can surmise is probable lack of effective laws and law enforcement regarding how foreigners who break our laws are dealt with.

Juxtaposing the 2017 Marwako Restaurant incident and the 2022 Paulichenda Engineering matter, the common strand is lack of respect of Ghanaians on the part of foreigners. It is very outrageous, uncouth and savagery for anyone to dip the head of another human into blended pepper under the pretense that the employee was fidgeting with a blender or being lazy.

The current situation is even more bizarre. How can a rational human stab another just because the employee is demanding for unpaid salary at the end of the month.

Again, I think that, our leadership haven't acted swiftly and ruthlessly with these disrespectful foreigners against local people hence, it's recurrence on the Labour front.

I've equally not heard any Civil Society Organisation, Traditional Leader, the Clergy, Labour Union or Government issue any statement regarding the matter except for the arrest from the police.

The reason I stated that, maybe we're being stupid and not just being hospitable is this: how can other Ghanaians look on helplessly and watch a foreigner assault our kith and kin? Inasmuch as I can disagree that such posture, maybe the lack of job opportunities, have cowered many of us to watch on while foreigners abuse one of our own.

Government of Ghana should be up and doing and be seen to be protecting Ghanaians from these abusive foreigners or else I urge all Ghanaians to rise up and go the aid of anyone who is assaulted by an employer, especially a foreigner.

I've not travelled outside Ghana yet, but, it is very unimaginable for a Ghanaian employer to behave the way some of these foreigners are doing in Ghana. This is because Ghanaians are naturally very law abiding citizens, especially when outside Ghana and may do as is being done to us in our motherland only under conditions of self-defence.

In sum, no nation is an island. We all need each other to survive as the human race but, Ghanaians cannot allow foreigners to ill treat us as has happened to the Isaac Boateng in Kweikuma in the Secondo-Takoradi Municipality.

Civil Society, Government, the Clergy, Traditional leaders must help stem the tide of such wanton abuse of our kith and kin. Next time, when a foreigner attacks a Ghanaian for no justifiable course, all the local employees should jump to the rescue of their colleague. Even if it means they losing their jobs, so be it. This is one way in which we can drum home to foreign employers to respect us as humans.

2023 budget: Expenditure cuts are just a recycle of broken p...
47 minutes ago