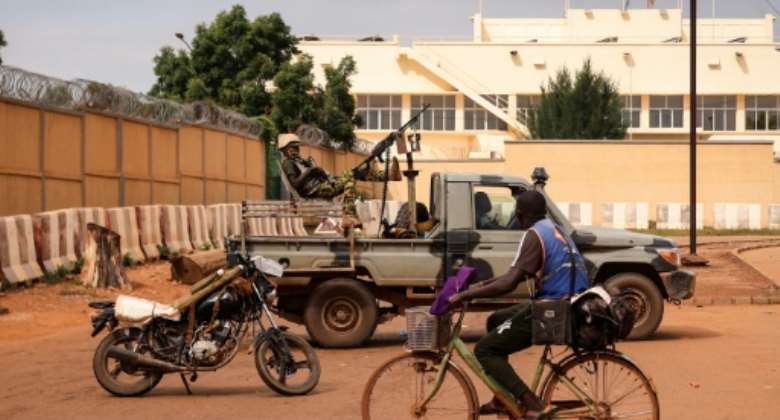 Burkina Faso awoke to fresh uncertainty Saturday after its second coup this year when junior officers toppled a junta leader, saying he had failed to fight jihadist attacks in the deeply poor and restive West African nation.

An uneasy calm permeated through the capital Ouagadougou where soldiers in armoured vehicles and pickup trucks guarded the national television centre but traffic slowly resumed on arterial roads.

Shops slowly started reopening in the dusty and spread-out city, where pre-dawn gunfire on Friday around the presidential palace culminated in the latest coup, that drew wide condemnation.

The Economic Community of West African States regional bloc "condemned in the strongest possible terms" the latest seizure of power, calling it "inappropriate" at a time when progress was being made for a return to constitutional order by July 1, 2024.

Burkina Faso's former colonial ruler France told its citizens in Ouagadougou, believed to number between 4,000 and 5,000, to stay home, while the European Union expressed "concern" at the unfolding events.

"We have decided to take our responsibilities, driven by a single ideal: the restoration of security and integrity of our territory," they said.

In January, Damiba installed himself as leader of the country of 16 million after accusing elected president Roch Marc Christian Kabore of failing to beat back the jihadists.

But with more than 40 percent of the country outside government control, the latest putsch leaders said Damiba, too, had failed.

"Far from liberating the occupied territories, the once-peaceful areas have come under terrorist control," the new military leaders said.

They then suspended the constitution, sealed the borders, dissolved the transitional government and legislative assembly and instituted a 9:00 pm to 5:00 am curfew.

Damiba's Patriotic Movement for Preservation and Restoration (MPSR) had said earlier on Friday that there was an "internal crisis in the army" prompting troop deployments in key areas of the capital.

Government spokesman Lionel Bilgo had said the "crisis" concerned an army pay dispute, and that Damiba was taking part in negotiations.

Soldiers patrol the streets of Ouagadougou after shots rang out during the morning. By Olympia DE MAISMONT (AFP)

In the morning, shots rang out in the Ouaga 2000 neighbourhood, which houses both the presidential and junta headquarters.

State television was cut for several hours prior to the military announcement, broadcasting just a blank screen with the message "no video signal".

Though Damiba had promised to make security his priority when he took charge on January 24, violent attacks have increased since March.

Earlier this week, suspected jihadists attacked a convoy carrying supplies to the town of Djibo in the north of the country. The government said 11 soldiers died and around 50 civilians were missing.