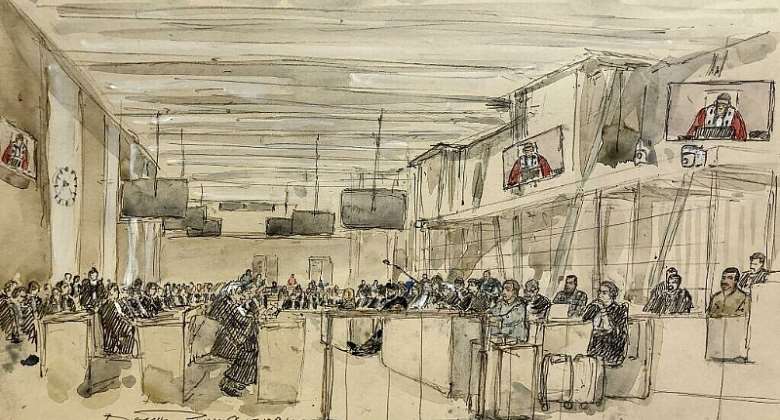 In the first week of witness testimony, the Paris special criminal court was shaken by the emotion of a family mourning the loss of 13-year-old Laura, one of the 86 victims killed in the 2016 Nice truck attack. Laura's twin sister, Audrey, chose to testify separately. She spoke on Tuesday.

"We were as identical as two drops of water. She was like a mirror. I had her personality and she had mine. There were no secrets between us. She was my intimate diary. She was the love of my life. She was half my life. Thirteen years is not very long."

Audrey is now 20. The dream the twins shared as 13-year-olds was to open a hair-dressing salon.

That hope was shattered in the nightmare of 14 July 2016, when the celebrations of Bastille Day were destroyed by madness, leaving Laura and 85 others dead under the wheels of a goods vehicle deliberately driven into the crowd watching the fireworks display.

The driver of the truck, 31-year-old Mohamed Lahouaiej-Bouhlel, was shot dead at the scene by security forces after a four-minute rampage.

His attack was subsequently claimed as a jihadist action by a martyr affiliated to the Islamic State terrorist group, active at the time in Syria and Iraq, and responsible for several major attrocities in Europe in 2015, 2016.

No evidence has ever been found to link Lahouaiej-Bouhlel to the IS organisation.

The seven men and one woman on trial are accused of crimes ranging from failure to alert the police, despite being aware of the killer's intentions, to providing practical support and weapons.

A family disunited in grief

Audrey chose to allow the rest of her family speak without her.

This is the young woman whose mother, driven incoherent by grief, mistook for her dead twin.

"Look, it's my daughter. She's here. It's Laura," the mother shouted from the hospital bed where she was being treated for back injuries incurred as she jumped to safety.

Testifying last week, Laura's father told the court that the family was "serving a life sentence, because every day, we live with her, the twin." With Audrey, in other words.

This young woman is making her own way, struggling with eating disorders, subject to suicidal tendencies, but clearly determined to live for the other half she lost on the Promenade des Anglais in Nice six years ago.