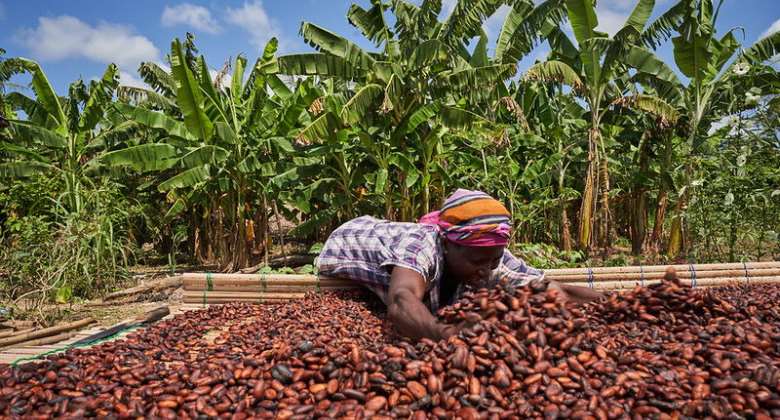 The Ghana Civil-Society Cocoa Platform (GCCP) is hoping that the Ghana Cocoa Board (COCOBOD) will build on gains from the last cocoa season ahead of the 2022/2023 cocoa season.

Cocoa farmers in the country are already geared up for the new cocoa season which is promising so much.

The past cocoa season was unprecedented for several reasons. There were numerous landmark moves both domestically and internationally that brought the issue of cocoa production under the spotlight.

While there were many gains, there were several challenges that GCCP believes COCOBOD should address to make the life of the cocoa farmer better.

Ahead of the new cocoa season, the Ghana Civil-Society Cocoa Platform has issued a press release to make a case for an increased farm gate price.

After making several estimates, GCCP says it expects that a bag of cocoa beans will sell at GHS838 per bag.

“Assuming COCOBOD gives all the 400$ LID to the farmer, that brings the farm gate price to 1,578$ per tonne for the 2022/2023 cocoa season. Using the year-on-year Bank of Ghana (BoG) exchange rate of $8.5, cocoa farmers are expected to receive not less than GH13,413 per tonne of cocoa beans which should translate into minimum GHS838 per bag of cocoa beans.

“Once again, these estimations are based on the minimum projected figures and the assumption that farmers will receive minimum 100% of LID. These are very conservative estimates and we expect the COCOBOD to be able to meet them with ease,” a release from the GCCP dated September 28 has said.

In the release, the Ghana Civil-Society Cocoa Platform commends the government for its commitment to cocoa farmers through the numerous interventions being implemented to ensure their well-being.

The release concludes that GCCP is anxiously awaiting the announcement by COCOBOD on the farm gate price for cocoa in the 2022/2023 cocoa season.