The Burkina strongman kicked out in a coup 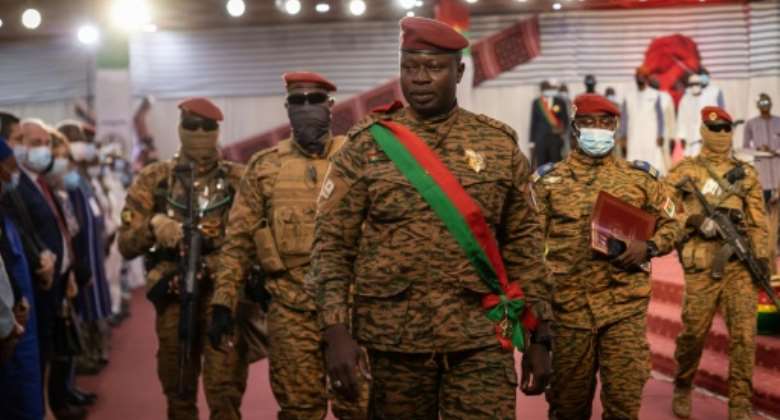 On Friday military officials said they had removed him as head of the junta in the second coup this year.

Damiba had first-hand experience with the brutal jihadist insurgency that he cited as the pretext for seizing power in January.

But it wasn't enough to placate the rebelling military, who tore into his record on security as they announced his dismissal in a national television address.

When Damiba's junta overthrew the country's elected president, Roch Marc Christian Kabore, the latter too was facing anger over his failure to stem the crisis.

Since the first jihadist attacks in 2015, thousands of people have died and about two million have been displaced by the fighting.

During his eight months at the head of the junta, Damiba tried to launch a process of dialogue with some armed groups, while intensifying the "offensive actions of the army".

But the attacks have remained numerous, with more than 40 percent of the country outside government control.

Before taking power, Damiba had made no secret of his criticism of prevailing strategies to roll back the insurgency, publishing a book last June called "West African Armies and Terrorism: Uncertain Answers?"

He was part of a group of uniformed men who mounted a coup on January 24, declaring they had taken power, although he did not say anything, leaving the job of announcer to a captain, Sidsore Kader Ouedraogo.

Ouedraogo read out a statement signed by Damiba as president of Patriotic Movement for Preservation and Restoration (MPSR), as the junta called itself.

The statement lashed "the continuous deterioration of the security situation, which threatens the very foundation of our nation" and singled out Kabore's "clear inability to unite the Burkinabe people to tackle the situation effectively".

Like many military officers in the French-speaking Sahel, Damiba had close affiliations with France, and trained at the prestigious Military School of Paris.

He also trained at the Georges Namoano Military Academy in Po in southern Burkina.

Many of its alumni served in the Presidential Security Regiment (RSP), the former presidential guard of Kabore's predecessor, Blaise Compaore, who was overthrown by a popular uprising in 2014.

Damiba commanded the RSP from 2003-2011, although he was also among those who opposed a coup bid in 2015 by Compaore's right-hand man, General Gilbert Diendere.

As a regimental commander from 2019 to 2021, he gained first-hand experience of the problems of Burkina Faso's poorly-trained and ill-equipped security forces against ruthless and highly mobile jihadists.

Kabore shook up the military and Damiba was sent to command the 3rd military Region.