Ghana applauded for formation of The Commonwealth ITU Group 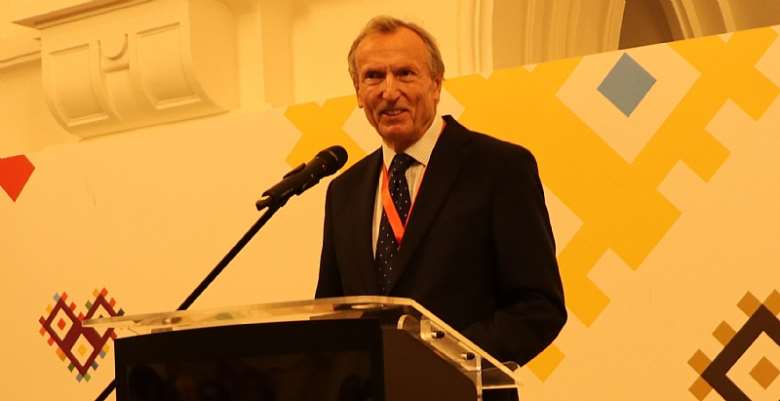 The International Telecommunication Union (ITU) Deputy Secretary-General, Mr. Malcolm Johnson, has​​​​ applauded Ghana for the formation of the Commonwealth ITU Group (CIG) and its support to the Group over the years.

Mr. Johnson made the commendation during the Networking Breakfast Meeting at the ongoing ITU Plenipotentiary Conference on Thursday, 29th September, 2022 Palace of the Parliament in Bucharest, Romania. The event’s main purpose was for members to interact with each other in a bid to build relationships, strengthen existing ones and discuss issues of mutual concern.

This, he explained, was possible largely because of the role Ghana played in the establishment of the Group. He also recounted that Ghana quickly run with the idea and got member countries on board to have the group formed.

The Minister for Communications and Digitalisation, Hon. Ursula Owusu-Ekuful, acting as the Chair of the Commonwealth ITU Group (CIG), assured the Group that the leadership of the CIG will not relent on the development of democratic societies and the promotion of peace and prosperity to improve the lives of all the people of the Commonwealth.

She encouraged member countries to help promote the Commonwealth Agenda by supporting candidatures from Commonwealth countries that is if members were not competing amongst themselves to emerge winners.