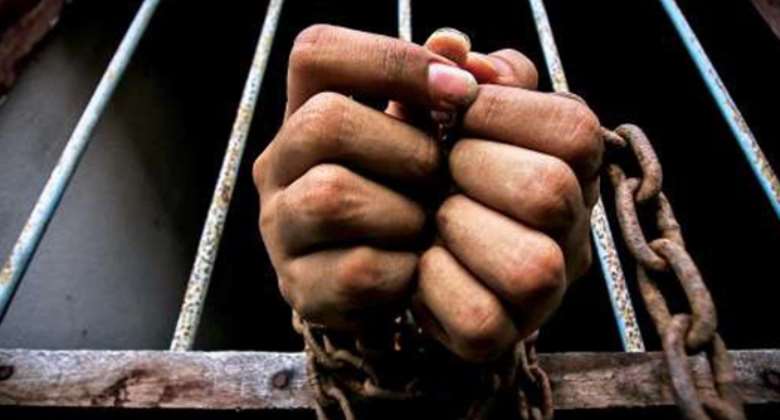 An operator of a private toilet system in Accra has been jailed for discharging night soil into a storm drain in Abeka, Accra.

The circumstances leading to the arrest of the now inmate at Nsawam Prisons is rather interesting and offers lessons to others who breach bylaws and even commonsense in our communities.

We congratulate the person who videoed the discharge of the human waste into the major storm drain and sent same to a worker of the Okaikoi North Municipal Assembly.

As for the MCE, Boye Laryea aka Nii Ania, he has acted as he should as head of the municipality. By his action, he has showed sufficient concern about the welfare and health of residents in his jurisdiction for which he deserves plaudits.

We should all contribute towards the cause of the communities in which we live.

The danger posed by the continuous discharge of night soil into the storm drain is grave. A disease outbreak such as cholera or salmonella typhei, which could emanate from the irresponsible activity of the toilet owner, can claim lives and exert economic consequences on others who might be lucky to escape fatality as they seek treatment.

We have always said it that we, the individuals making up society, have a responsibility of exposing bad and dangerous elements among us.

We are unable to tell how long the owner of the facility has been engaged in the bylaw breach and the consequences of that.

There is no doubt that many have watched on unconcerned as the woman continued to breach the bylaw which debars the discharge of human waste into storm drains or gutters.

When we all become conscious about our communities and the fact that keeping our small corners clean and devoid of diseases is a shared responsibility and act responsibly by reporting bad elements to the appropriate authorities, we would be contributing immensely towards a better country.

According to the report, the owner of the facility is already doing time for her irresponsible action which could have killed many people had she not been stopped.

Even as we congratulate the MCE and the man who captured the nasty spectacle on video, we would be quick to demand that the assemblies should insist on licensing private places of convenience and to monitor such facilities to ensure that they conform to laid-down standards.

Those who fail to conform should have their licences withdrawn and the facilities shut down.

It is our hope that what befell the toilet owner, now doing time in prison, will serve as effective deterrent to others who are doing as she did.

Information reaching us indicates she is not alone and that others are doing same in some areas. Let them be reported to the relevant authorities for the appropriate action to be taken. A stitch in time saves nine.