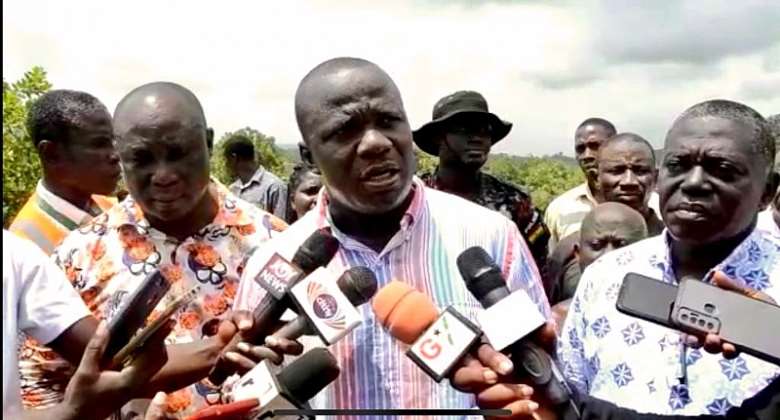 Minister for Lands and Natural Resources, Samuel Abdullai Jinapor has said persons in charge of institutions regulating mining activities in the Amansie South Municipality of the Ashanti Region should be held responsible for the destruction caused by illegal miners popularly called galamsey.

The Minister who visited the mining sites was amazed at the level of destruction caused to the environment by illegal miners and said the government will continue to deploy the military to clamp down on such activities.

“It should baffle all of us as citizens and policymakers and stakeholders in this fight how an operation like this in the heart of the forest and the far away areas of our country can go on without notice by police, chiefs, the local political leadership, assembly people, the District Chief Executive and even the inspectorate division of the minerals commission here,” Mr. Jinapor said.

There has been a heightened focus on the effects of illegal miners following the arrest of Aisha Huang, a Chinese woman notorious for her links to illegal mining.

Tracts of farmlands and forest reserves have been destroyed by activities of illegal miners, with pits left abandoned.

Military deployment to some mining districts in the Ashanti Region this week led to the arrest of one person and the seizure of some mining equipment used for illegal mining activities.