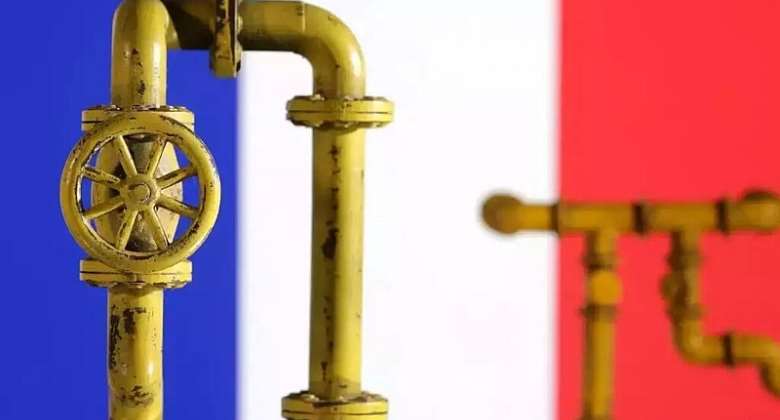 As the energy crisis deepens in Europe, France is reportedly willing to reconsider its opposition to the proposed MidCat natural gas pipeline across the southern Pyrenees mountain range.

According to Tiago Antunes, Portugal's secretary of state for EU Affairs, the MidCat pipeline was discussed with France's junior Europe minister, Laurence Boone, at a meeting in Paris on Tuesday, in which the essential topic was gas and electricity interconnections between Spain and France.

"The reaction I had from France was that they were willing to revisit the MidCat with fresh eyes, with an open mind,"  Antunes told Reuters in Lisbon, "taking into account the arguments of Portugal, Spain and also Germany."

Only three weeks ago, French President Emmanuel Macron voiced his opposition to the MidCat project, arguing that two existing pipelines across the Pyrenees – which separate the Iberian Peninsula from France – are under-utilised with flows going mainly towards Spain.

Antunes said that the proposal from the two Iberian countries and Germany for building MidCat were now reinforced due to the energy crisis in Europe and the "geo-strategic risks after Russia's invasion of Ukraine".

"We expect that, with a new assessment of the project by France, and taking into account the new circumstances, it will be concluded that it is worthwhile and must move forward," he said this week, adding that the project was "in the interest of the whole of Europe".

Mooted in 2013 for the transfer of natural gas, the MidCat project would double the volume of gas piped between Spain and France. The original proposal was suspended in 2019 for environmental and economic viability reasons.

Antunes said that MidCat could now be used to transport renewable gases, such as green hydrogen.

French scepticism about the new pipeline has highlighted the competing visions for Europe's future energy mix as the continent confronts a power crisis and aims to reduce its reliance on Russian gas.

Although President Macron bluntly said he saw no case for the multi-billion euro project – saying it would take too long to build to ease the looming energy crunch – he maintained it would also be costly for France and go against ambitions to shift towards a green economy.

Officials in Spain and Germany have reportedly said they believe France has been acting to protect its own ailing nuclear industry and fend off competition from Spain as a staging post for imported gas.

Russia supplied 40 percent of Europe's gas before the invasion of Ukraine.

Now, Europe is scrambling to diversify its energy sources and MidCat was among the projects EU ministers discussed at an emergency meeting in Brussels earlier this month.

In August, German Chancellor Olaf Scholz described the pipeline as "dramatically missing" from Europe's network and raised the issue with Macron during a videocall.

Immediately afterwards, Macron retorted there was spare capacity in the pipes already linking Spain and France and MidCat could not be constructed swiftly enough to ease this winter's crisis.

Both Spain and Portugal have a large gas import capacity, with seven LNG terminals which convert shiploads of liquefied natural gas back into vapour form for use by industry and households. If the infrastructure was in place, that gas could be piped to other countries such as Germany via France.

Berlin's primary interest in MidCat lies in the potential of green hydrogen rather than short-term LNG supplies.

Officials in Madrid and Berlin argue the pipeline could be repurposed to carry zero-emission hydrogen fuel made in the Sahara desert or elsewhere to Europe's industrial heartland.

But France would rather produce hydrogen locally than rely on imports and has questioned Germany's vision for hydrogen – which is notoriously more difficult to transport than natural gas.

In the face of French resistance, Madrid and Berlin are said to be exploring alternatives that could bypass France altogether and build a pipeline under the Mediterranean to Italy.