Floods kill one at Anwomaso-Bebre in Ashanti Region 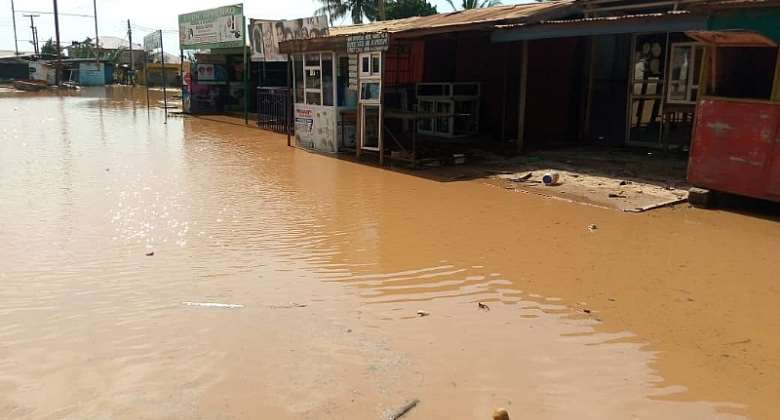 The Ashanti Region has recorded one more death making it a total of two casualties caused by torrential rains that swamped communities for three continuous days.

The victims, an unidentified male believed to be 30s years old was the first to be confirmed dead at Asokwa while the recent one, Kwadwo Mensah also believed to be in his mid 30s was found dead at Oduom-Bebre, a suburb of Kumasi.

Eyewitnesses who spoke to this reporter explained that Mr Mensah attempted to cross the Sisaa River which had overflown its banks.

The deceased who is said to have ignored warnings from nearby residents not to ply that road at that moment slipped into the river and was washed away on Wednesday, September 29, 2022.

His lifeless body was however discovered by a search party in the area a day after he was drowned.

"We rushed to the scene after receiving a distress call from one of the residents that a colleague had drowned. All attempts to find him was proven futile as the water had flooded the entire area.

"So we came back in the morning and discovered his body from about 50 metres away from where he drowned," he stated.

He added, "The body was subsequently sent to the Okomfo Anokye Teaching Hospital for further investigations.”