The youth are suffering; booing at Akufo-Addo will not stop unless things change - Coalition 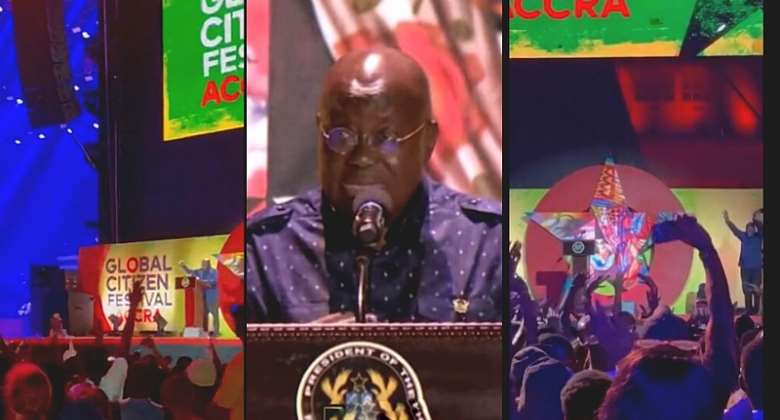 The Coalition of National Youth Organisers has described the booing of President Nana Addo Dankwa Akufo-Addo as an unfortunate incident.

In a statement by the Coalition on Thursday, September 29, it said the youth are suffering and if nothing changes, the booing will continue.

“Since the youth suffer the most from these decisions, they will boo the most at the President….It is rather unfortunate to witness such disgrace of the President on an international platform…But the adamancy of the President to the issues that concern the average Ghanaian warrants such a reaction from the youth of Ghana,” part of the statement reads.

President Akufo-Addo was the victim of boos by a section of the crowd that attended the Global Citizens Festival last Saturday.

Some people clapped their hands and shouted ‘away away’.

According to the Coalition of National Youth Organisers in the country, once the youth continue to suffer, the boos are likely to continue at state events.

The coalition says it also expects that what happened over the weekend will affect the fortunes of the New Patriotic Party (NPP) in upcoming elections.

“Perhaps his advisers are doing him a disservice. Nevertheless, the youth will continue to channel their revulsion towards the President every least chance they get if he continues on this same trajectory for the years left of his tenure. And it must be prudently asserted that this will not look good in the CV of the NPP in the lead up to the 2024 General election,” the statement by the Coalition of National Youth Organisers added.

You’ve been a dependable husband – Lordina celebrates Mahama...
55 minutes ago