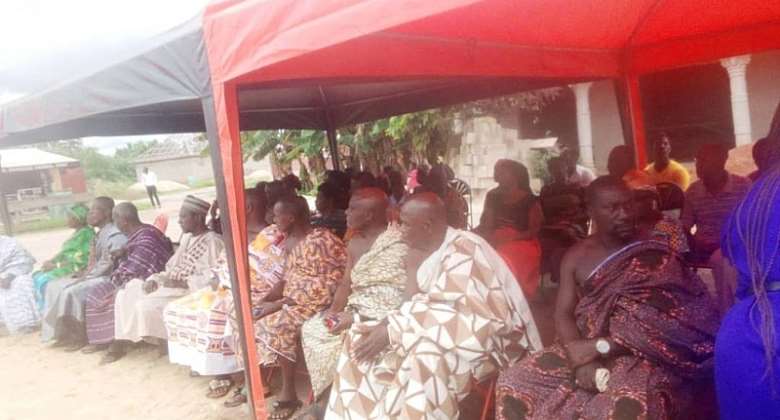 Superintendent Francis Ackah, Adansi South District Police Commander, has asked people in authority in the area to stop interfering with the work of the police.

He said attempts by some opinion leaders in communities and high-ranking personalities in the district to beg the police to drop cases were not helping in the enforcement of law and order in the area.

Speaking at a community durbar organized by the Adansi South District Assembly at Atobiase, he said, the mandate of the police was to protect life and property through the enforcement of law and order.

He said attempts by some people to influence police officers with money to grant suspects under investigation bail, was not right and must stop.

Supt. Ackah said it was important that suspects in criminal cases such as stealing, assault and others, were made to go through the justice system to help bring relief to victims and affected persons.

He charged residents in communities to contribute to support the work of community watchdog committees in their areas to help control criminal activities.

He called on the people to collaborate with the police by providing them with information to help prevent criminal activities in the communities.

Mr. Francis Ankomah, the District Chief Executive, said the government was committed to bringing development to improve the living conditions of the people in the area.

He called on the people to support the government by paying their taxes and other levies to help generate enough revenue for development.

Mr. Franklin Osei Anokye, District Registration Officer of the National Identification Authority (NIA), appealed to Ghanaians to desist from standing as guarantors for foreigners to register as Ghanaians to acquire the Ghana card.

He said the government, through the district assembly, was working to improve educational outcomes and called on the people to provide the needed support to their wards to climb higher on the education ladder.

Nana Kofi Owusu Adomfeh, Krontihene of Atobiase, appealed to the people, especially chiefs, to desist from interfering with the work of the police.

He called for tools and logistics support to enable the Police to discharge their duties effectively in the communities.