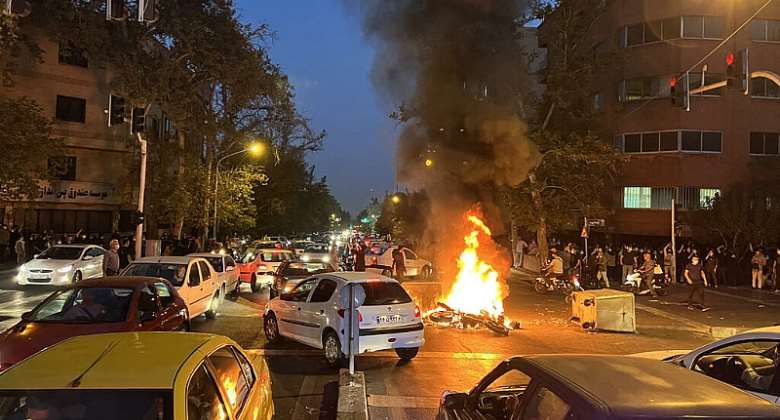 Iran on Thursday criticised France for "interference" in its internal affairs after the Paris authorities voiced support for those protesting over the death in custody of young Kurdish woman, Mahsa Amini, arrested by Iranian morality police.

Tehran summoned the France embassy's chargé d'affaires and said it "rejects and strongly condemns the interference of the French foreign ministry and some French officials in Iran's internal affairs."

According to the state-affiliated Mehr News Agency, the Iranian foreign ministry told the diplomat that a recent statement by France's Ministry of Foreign Affairs "is trying to absolve rioters who had no other purpose than to destroy public property and people's lives."

Remarks on the website of Iran's Foreign Ministry say that the French official was summoned because of "the interventionist statement of the French Ministry of Foreign Affairs, the participation of three French government advisors in protests in Paris, and the ridiculous action of Charlie Hebdo magazine."

On 27 September, the French ministry issued a statement protesting against the "brutal suppression" of peaceful demonstrations, and condemning "all violence, arbitrary arrests and detentions against demonstrators, as well as flagrant violations of women's rights and freedom of expression through the blocking of news sites and social networks."

Adding to the Iran's ire was this week's publication by satirical magazine Charlie Hebdo of an article headlined "Women tell Mullahs to sod off" ("Les femmes disent merde aux mullahs") with a cartoon depicting women kissing, smoking, drinking, cutting their hair and embracing each other while lying on a row of old men with white beards and turbans.

Iran's foreign ministry added that the French authorities "follow a double game, because on the one hand they host groups that have been directly involved in disturbances in Iran over the years, and on the other hand they condemn the Iranian police forces for confronting the rioters," an indirect jab at the fact that France allowed the controversial National Council of Resistance of Iran, which Tehran regards as a terrorist organisation, to establish its headquarers in Auvers-sur-Oise, just outside Paris.