By Ollia Horton with RFI
Benin 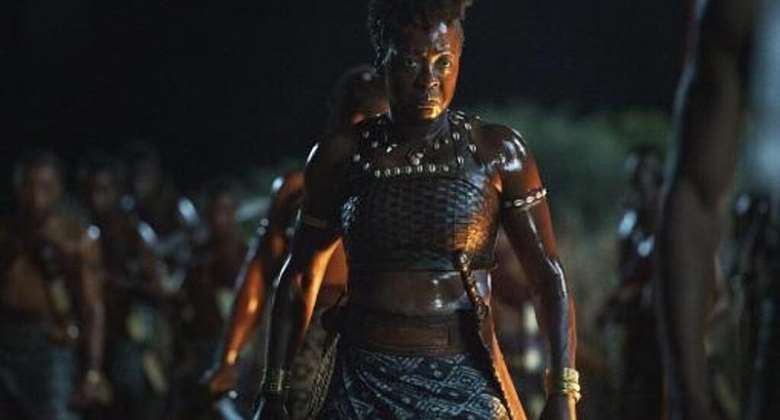 Benin's historic female warriors known as the Amazons of Dahomey are legendary across West Africa. They are now in the international spotlight thanks to "The Woman King" starring Viola Davis. The big budget Hollywood feature has drawn positive reviews, but has provoked some criticism as it was not filmed in Benin.

"The Woman King" is inspired by the story of the Agojie women who protected the ancient Kingdom of Dahomey, in present-day Benin, and fought against French colonial troops in the 19th century.

The main character, General Nanisca, is played by the Oscar-winning American actress Viola Davis, who trains the next generation of recruits to face a rival African kingdom and European slave traders.

Released on Wednesday in France following its premiere at the Toronto film festival, it was shown at cinemas in Benin last week.

"It was great," enthusiastic spectator told RFI correspondent Magali Lagrange after a screening in Cotonou that was met with rounds of applause.

"We were shown a leader, a charismatic woman who knows how to motivate others. When you live in Benin, you know the history, you know their courage. And above all, what she really depicts is this courage, this aggressiveness to defend his king and his country. A strong woman".

"Someone asked me what I hoped to feel and I said: anger and all the emotions that made the Amazons become what they are. I can say that I was served, even beyond my expectations," Aurélio, another spectator, added.

A descendant of Ghezo, a King of Dahomey, who attended the screening at Canal Olympia cinema, shed tears during the viewing.

"For the princess that I am, some of the scenes were very touching. These brave women gave their lives to protect Ghezo's heritage, which is my own," 37-year-old Sylvine Senami Ghezo told the AFP news agency.

Before its release, however, the film attracted some criticism on social networks because it was shot outside Benin and in the almost total absence of Beninese actors.

In the United States, some have criticised the movie for not addressing the role Dahomey played in the slave trade.

The film's muscular battle scenes have also drawn criticism and there have been charges of misogyny from within the Black community, according to Davis.

"You even have people in the Black community saying, 'Ah, it's dark-skinned women, why do they have to be so masculine? Why can't they look prettier? Why couldn't it be a romantic comedy?'" she told AFP at the Toronto film festival earlier this month.

But for some Beninese women, the film can help tackle issues around women's rights.

"In a patriarchal society like we have in Benin, you need a lot of courage and determination to defend women's rights," according to Senami Totin, a lawyer and activist in Benin. She lists the challenges from impunity for rape, forced marriages, exclusion of women from inheritance rights, and a lack of representation in politics.

"We no longer have to fight wars against enemy armies but the fight for women's emancipation is a daily one, and for that, we have to have an Amazon spirit," she added.

Davis, the only African-American to win an Oscar, an Emmy and a Tony award, spent six years trying to get "The Woman King" made, with studios and producers reluctant to take the plunge.

She called on the movie-going public to prove that films like this can succeed without being part of the Marvel superhero franchise.

The all-female army of the Dahomey kingdom served as an inspiration for the elite women fighters in "Black Panther," part of the Marvel empire, which grossed $1.3 billion worldwide.

"We're all in this together, right? We know that we need each other. We know that we're all committed to inclusion and diversity," she told reporters in Toronto.

"Because here's the thing. It's not even that it's just Black female-led, the cultural significance of it. It's a very entertaining movie.

"And if we are indeed equal, then I'm challenging you to prove it."

In addition to celebrating the Beninese woman, Davis said she hopes the film also inspires young girls around the world.

Meanwhile, Benin is keen to develop tourism with several projects riding on the broad shoulders of this historical figure.

A huge statue, 30 meters high, made by Chinese artist Li Xiangqun, was inaugurated by President Patrice Talon at the end of July in Cotonou. A museum is in the works.

"What is important is that in Benin, the words courage, bravery, strength, combativenesses and honour are not exclusively associated with men," the president said.

"It is precisely to confer this status of Amazon on the woman of today that we refer to this past of our country. Today, we are reconstructing a whole narrative around these characters so that people realize the commitment of these women in the time of the Kingdom of Dahome]," Florent Couao Zotti, writer and technical adviser to the Ministry of Tourism, Culture and the Arts told RFI.