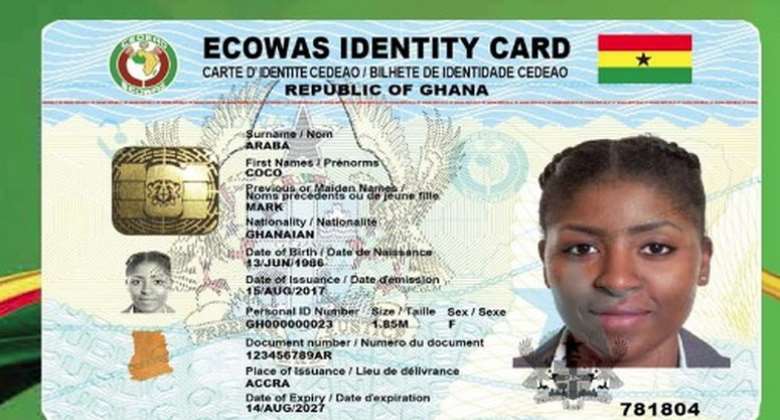 Residents of Wuru, a farming community in the Sissala East Municipality, have expressed worry about the inability of the National Identification Authority (NIA) to register and issue them with the Ghana Card due to network problems.

They said though the community had been neglected and deprived of basic amenities, including roads to link with the rest of the country, it was against their human rights to deny them the opportunity to register for the Ghana Card.

Wurupio Mahama Bataachia Dawuri IV, Chief of Wuru, told the Ghana News Agency (GNA) that the failure to find ways to ensure that neglected and hard to reach community members were registered would only confirm that the area was not considered part of Ghana.

He said it was also against their fundamental human rights to be denied the opportunity to register for the card.

“We're hearing that the card would be the only identifier for obtaining a voter ID for 2024 elections. They would not be fair to us and numerous communities in the country who are suffering a similar fate if it is true,” Wurupio Dawuri said.

Wurupio Dawuri explained that officials of the NIA came to the community sometime back to register the people, but they could not do so due to lack of network connectivity.

He said the few in the community, who managed to register for the card, achieved this by traveling to Tumu or Navrongo in the Upper East Region but with a higher cost since they slept more than two days before being successful.

“Those who travel outside here for the card had to stand in front of people's houses for the GPS numbers, which defeats the purpose since some information about them will be wrong,” he said.

He pleaded with the NIA not to disconnect their mobile networks after the October deadline since it was almost impossible and not their fault that they were not getting the Ghana Card.

He also expressed concern about the lack of interest to develop the community, which made indigenes of Burkina Faso to take over the area, compelling them to spend their CFA other than the Ghana cedi.

The Wuru community is in the Sissala East Municipality and about 70 kilometres from Tumu with no access roads.

Mr Mubarak Moomin, the Upper West Regional Registration Officer of the NIA, told the GNA that there were permanent offices of the NIA, which all persons could visit and register.

He explained that it could be during the mass registration exercise that the NIA officials went to the community and that because there were now permanent offices, the NIA could only visit a community for registration at a high cost to the people.

He advised the community members to liaise with any nearest permanent office for arrangements to be made so that they could mobilise and converge for the exercise.