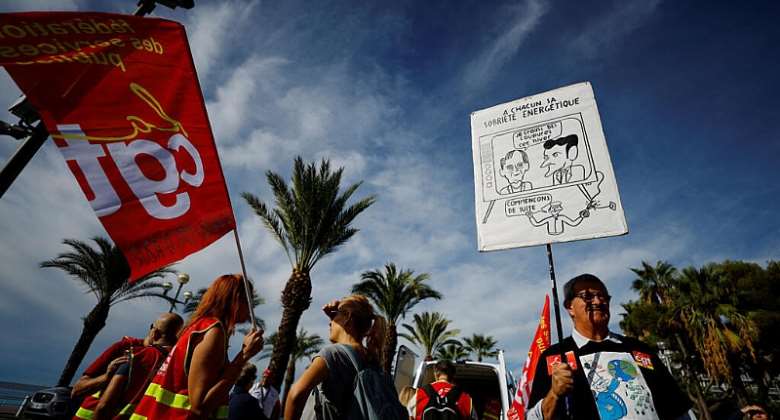 Striking workers across France are gathering for marches to demand salary increases and to re-affirm opposition to the government's planned pension reform. The strike has been strongly supported by teachers and energy workers.

Dockworkers mixed with people wearing yellow vests, holding signs about retirement and against the high cost of living.

As many as 6,000 people are expected at a march Thursday afternoon through Paris.

At least 200 gatherings were officially planned on Thursday throughout the country, following a call by the CGT union for a general strike.

Though the education sector has been the most affected, as teachers are particularly dissatisfied with salary increases presented in the 2023 proposed budget.

At midday the Education Ministry published figures showing 11 percent of teachers participating in the strike.

The SNES secondary school union expects 30 percent of middle and high-school teachers to be on strike.

The strike has also disrupted the energy sector as nuclear power industry workers joined the walkout.

The strike called by the FNME electricity union reduced nuclear power generation by 3.3 gigawatts by early Thursday morning and hydropower output by 610 megawatts, which represents 8.5 percent of total energy production.

The strike is being taken as a test of the unions' ability to mobilise support and a barometer of potential social unrest as President Emmanuel Macron pushes ahead with plans to reform the country's pension system, with his government promising to draft legislation by the end of the year.