Oh, No, Mahama, Spare The Judiciary 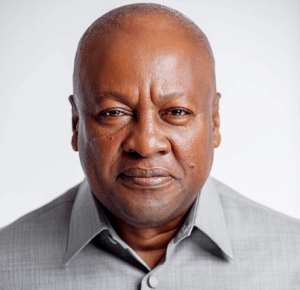 “Violence begets violence, hate begets hate and toughness begets toughness. It is all a descending spiral, and the end is destruction – for everybody. Along the way of life, someone must have the sense and morality to cut off the chain of hate.”

JOHN LOCKE says in “Two Treatises of Government”: “And when the people have said we will submit to rules and be governed by laws made by such men… nobody else can say other men shall make laws for them; nor can the people be bound by any laws but such as are enacted by those whom they have chosen, and authorised to make laws for them.”

It was French enlightenment political philosopher Baron de Montesquieu, who in “The Spirit of the Laws”, propounded the distribution of political power among a legislature, an executive and a judiciary; “In every government there are three sorts of power, the Legislature, the Executive, the Judiciary … There would be an end of everything, were the same man or the same body … to exercise those three powers… “In these thoughts, we have “balance of power” by which one power is counter balanced by the two others.

The 1992 Constitution under which the country is now being governed ensures the separation of powers: the executive (Article 57 – Article 92) the Legislature (Article 93-124) and Judiciary (Article 125-161). Inherent is the balance of power. When the then NPP Presidential Candidate lost the 2012 petition by 5-4 majority verdict to NDC Mahama he told the nation: “I have called President John Dramani Mahama and I have congratulated him on being elected the fourth President of the Fourth Republic of our country. The Supreme Court of our nation has spoken and the result of the 2012 presidential election has been confirmed as having been won by the candidate of the NDC, President Mahama. As I said earlier, whilst I disagree with the court's decision, I accept it. I accept that what the court says brings finality to the election dispute. We shall not be asking for a review of the verdict so we can all move on in the interest of our nation… I accept a decision made by the highest court of the land. Much as I dislike or disagree with it, I am saddened by the verdict and I know that many of our supporters are saddened too, however, for the sake and love of our country, we must embark on a path that builds, rather than destroys, to deal with our disappointment…”

That was powerful, mature and statesman-like!

But listen to John Dramani Mahama, a former Assemblyman, Member of Parliament, Deputy Minister, Minister, Vice President and President, after losing the 2020 election by a 7-0 verdict: “The current damage of the Judiciary is when the citizenry think their Judiciary holds no value for them and there is need to restore the battered image which should be undertaken by a new Chief Justice. …we can only hope a new Chief Justice will lead the processes to repair the broken image our judiciary has acquired over the last few years… so badly has the image of our Judiciary deteriorated, many of the citizenry openly make mockery of our justices, and the phrase 'go to court' is these days met with derisive laughter instead of hope … people are poking fun about politics and inducement being used to sway the hand of justice in the courts… in recent times the judiciary has come under widespread criticism due to unanimous nature of some of its judgments…” And Mahama posits that people may be tempted to take the law into their own hands because they have no hope in the judiciary? One would be shocked hearing this from a former President whom Ghanaians “allowed” to enjoy all the goodies the nation could provide.

Reacting to ex-President Mahama's speech, the JUSAG President, Alex Nartey, noted: “…Such a statement is not fair to the Judiciary…the Chief Justice has not changed any of the procedures …”

Honourable Godfred Dame, the Attorney General and Minister of Justice, rightly remarked: “The court is not a mercy chamber to serve justice based on sympathy or affection.” Mr. Dame referred to the “unanimous dismissal by the Supreme Court” of Mahama and the NDC's “rather porous election petition which indeed was dead on arrival and bound to be dismissed by any court worth its salt in any country!”

Justice Douse, a retired judge of the Appeals Court, was very philosophical but very incisive: “Mahama is doing a disservice to the nation with his comments.”

Veteran lawyer Sam Okudzeto was dumbfounded: “The criticisms were shameful, and should not be coming from a former President.” He added: “I don't think he (Mahama) understands the judicial system. The Chief Justice does not tell the judges what kind of judgment they should write. So if you have evidence of corruption, you are supposed to send it to the Chief Justice who is mandated under the Constitution to have an investigation… It was a sweeping statement that undermines the whole institution…” The people who know the present Chief Justice well will tell you how principled he is. As a Chief Justice supervising the General Legal Council, he had to send two of his sons to pursue a law course in the Gambia, because they could not pass the entrance examination to the Ghana School of Law in Ghana!

For the Judiciary, he has done a lot expanding the frontiers of Justice, bringing justice close to home, by expanding the infrastructural network of courts, building bungalows for judges all over Ghana, and refurbishing courts, to the point of extending the Court of Appeal to Ashanti, to take care of the “Northern Sector”.

For all Mahama cares to note, the present Chief Justice has won the hearts of many Judicial Service Staff as well as ordinary lawyers. We are not saying “all”, though.

In the Gospel of Matthew (26:52), when Peter, an apostle of Jesus, drew a sword to prevent the arrest of Jesus, Jesus ordered him to sheath the sword: “Put your sword back in its place, for all who draw the sword will die by the sword.”

Instead of sounding belligerent and pugnacious in reaction to Mahama's sentiments, we would “simply” re-quote Akufo-Addo's metaphorical quotation from Duke Senior William Shakespeare's “As you like it”; “Sweet are the uses of adversity, which like the toad, ugly and venomous, wears yet a precious jewel in his head and this our life, exempt from public haunt, finds tongues in trees, books in the running brooks, sermons in stones, and good in everything”. Mahama, you are no longer a teenager, you are growing, or rather, you have grown. Be like Paul, the Apostle (1 Corinthians 13:11), who said: “When I was a child, I spake as a child, I understood as a child, I thought as a child: but when I became a man, I put away childish things.”