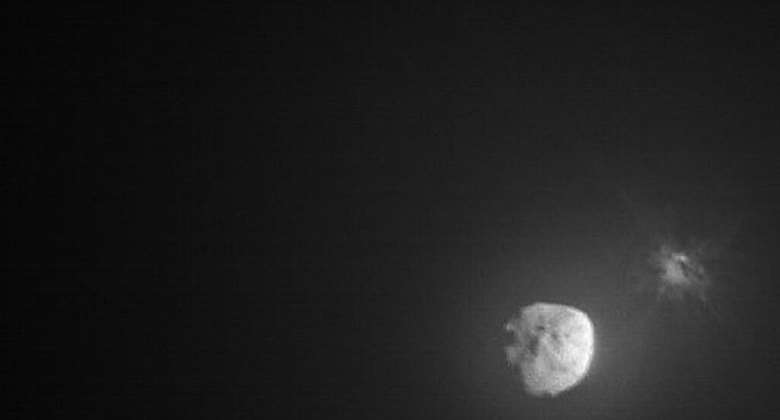 NASA's Double Asteroid Redirection Test (DART) spacecraft crashed into the asteroid Dimorphos as part of a test to see if humans can successfully deflect space rocks from potentially dangerous trajectories. A toaster-sized microsatellite called LICIACube was on hand to capture images of the collision and collect rock and dust thrown off by the impact.

The LICIAcube was built by the Italian aerospace company Argotec in collaboration with the the Italian Space Agency. In an interview with RFI's Dhananjay Khadilkar, Alessandro Balossino, head of the research and development unit at Argotec speaks about the significance of the DART mission and the LICIACube's role in it.

What is the significance of the DART mission?

The DART mission is the first Earth planetary defence mission. Its goal is to test a project that aims  to change the course of asteroids that may be dangerous for the Earth. This mission is to verify if one of the projects that was conceived in the past few years is effective.

When and how close did the LICIACube microsatellite approach the asteroid ?

The closest approach was around 50 kilometers from the impact site.

It was made at a speed of around six kilometers per second. We took around 650 photos during the flyby. If you take a look at the pictures so you can see the impact of the DART spacecraft on the asteroid.

What will happen to LICIACube once it's done taking pictures?

In the next few weeks we will download the pictures that we took. It is going to take a while because the satellite is very far away, The plan ultimately is to deactivate it.

What was your reaction on seeing the first images of the impact ?

I was like, wow. This is historic. Considering the dimension of the satellite and the the timeframe it took to build the satelitte, it's an amazing achievement to be able to take those pictures.

This could be a new era for other satellites that may be able to provide valuable science from deep space.