Mahama did better than Akufo-Addo, NPP members are even complaining — Kumchacha 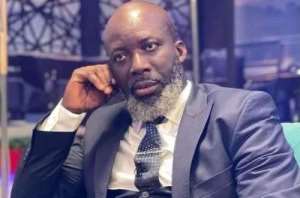 Speaking in an interview, the Prophet, who has for the past months declared his intention to contest the highest office of the land, said even people in the NPP are crying wolf about hardships caused by their own government.

"I thought and hoped he could do the work. I’m disappointed and have regretted voting for him,” he stated.

In August, Ghana experienced historically high consumer inflation of more than 34%, resulting in a high standard of living and price increases in general goods and services.

The local currency has suffered significantly as well, currently trading above GHS10 per dollar, resulting in massive losses for many indigenous businesses.

The situation has prompted the government to seek a $3 billion bailout from the International Monetary Fund (IMF) to shore up the sinking economy.

Latest Photo Reports
Catch up with all the political quotes from our politicians.
Advertise here
More from Headlines
ModernGhana Links
Sammy Gyamfi pens heartwarming message to Mahama on his 64th birthday
You are a testament of God's goodness — Mahama’s Aide eulogies her boss on his 64th birthday
VIDEO: Speaker Alban Bagbin shows off ‘killer’ moves to celebrate Ghana’s win over South Korea
TOP STORIES