GII calls for tightening of border security in Ghana 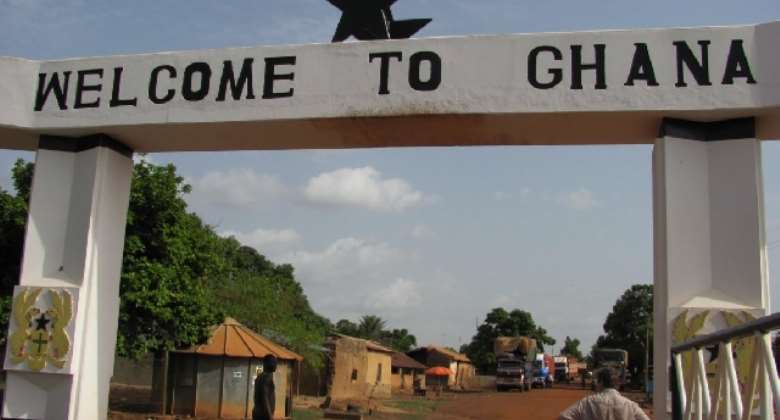 The Ghana Integrity Initiative (GII) has expressed concern over the emergence of jihadists and other terrorists' movements in Ghana's neighbouring countries.

It said, so far, the activities of those terrorists had displaced many people across the sub-region, hence efforts must be made to tighten security at Ghana's territorial boundaries to help check the worrisome situation.

Madam Linda Ofori-Kwafo, the Executive Director of GII, raised this concern at a two-day workshop in Accra on: “Strengthening Border Security in Ghana”.

It was on the theme: “The Role of CSOs in Ghana's Border Security Management”, aimed at developing linkages between Strengthening the Ghana Border Security Project and the National Security Ministry.

She said sections of the public were still ignorant about issues of terrorists' insurgence in neighbouring countries and the situation calls for the beefing up of security and public sensitisation on terrorists' activities and the consequent threats.

She called on civil society organisations to complement government's efforts at improving border security management to achieve the ultimate results.

Madam Ofori-Kwafo appealed to the National Security Ministry to make the engagement an annual national forum to increase collaborations towards effective border security management and other security related issues.

“Our borders are porous and it makes it vulnerable for cross border crime, terrorists' attacks, drug trafficking and illegal trade, particularly smuggling of contraband goods, ”she said.

“We need to guard our own borders and territorial boundaries to keep the country safe from terrorists' attacks.”

Mr Irchad Razaaly, the European Union Ambassador to Ghana, called for effective collaboration among the citizens, CSOs, and the government security agencies operating along the border communities to maintain the peace.

The GII, in collaboration with the International Centre for Migration Policy Development (ICMPD), organised the forum for 90 stakeholders drawn from selected CSOs, the media, development partners and migration policy makers and implementers.

The Strengthening Border Security in Ghana (SBS Ghana) project is funded by the European Union Emergency Trust Fund (EUTF) for Africa and implemented by ICMPD in cooperation with the Ghana Immigration Service.

You’ve been a dependable husband – Lordina celebrates Mahama...
44 minutes ago