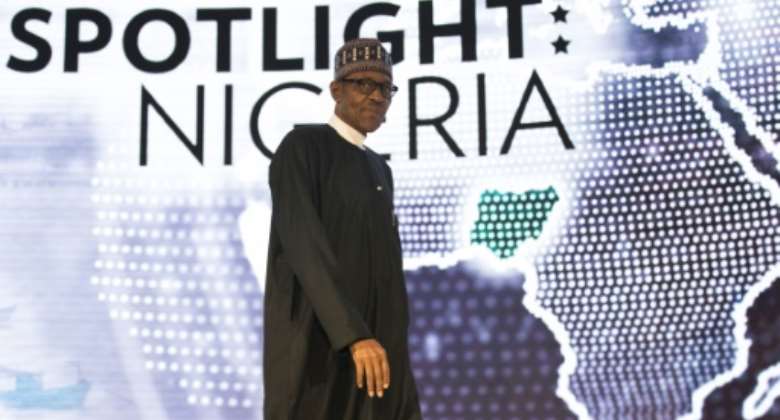 Campaigning for Nigeria's 2023 presidential election got off to a low-key start on Wednesday, with candidates holding a book launch and rallies or postponing official inaugurations.

Five months before the ballot, four top candidates are emerging in a tight battle to replace President Muhammadu Buhari in governing Africa's most populous country.

The fragile state of the continent's largest economy, corruption and insecurity from jihadists and criminal gangs will be urgent problems for the winner of the February 25 election.

"This time around, I don't want just to sit back and say whatever they bring for me is okay by me," said student Apollo Sasha, 26, when asked about the campaigning.

"Let me see if my vote will count or not."

Tinubu, 70, known as the "Godfather of Lagos", says his time as the city's governor shows his experience, but analysts say he must shake off anti-establishment sentiment fuelled by perceptions about APC's economic management.

APC this week said it was postponing the official launch of its campaign indefinitely to "accommodate more stakeholders and interests within the APC family".

Opposition Peoples Democratic Party or PDP candidate Atiku Abubakar, 75, a former vice president and entrepreneur, began his campaign on Wednesday with a launch of his own book in Abuja.

Touting his business acumen and experience, Abubakar says he can "rescue" Nigeria, which has been hit hard by low oil production, a weak naira currency and high inflation.

The PDP governed Nigeria after the 1999 end of military rule until 2015 when APC's upset victory bought Buhari to power for his first term. He beat PDP's Abubakar in 2019 to get re-elected.

"Even a blind man knows that Atiku who was a vice president is the tested, tried and trusted," said PDP supporter and former official Mohammed Abba-Gana at the book launch.

But the APC and PDP have both presented candidates seen by many younger Nigerians as part of the country's ageing political old guard.

That has left space for the Labour Party's Peter Obi, a former state governor, to challenge the two main parties.

Several local opinion polls have given an early lead to Obi, though methods have varied and one showed more of those polled were still undecided.

A former governor of the southeastern Anambra State who ran with the PDP's Abubakar against Buhari in 2019, Obi left the PDP to run as the Labour Party's candidate.

Obi, who plans to streamline government and has gained a strong following online among younger Nigerians, attended a solidarity campaign in the central city of Jos on Wednesday. His campaign has yet to start, his campaign manager said in a Tweet.

But political experts say he must build up momentum for the Labour Party's lack of nationwide structure compared with the two mainstream parties.