K.T Hammond should please wake up and smell the roses, the youth have a huge voice — Mahama’s Aide 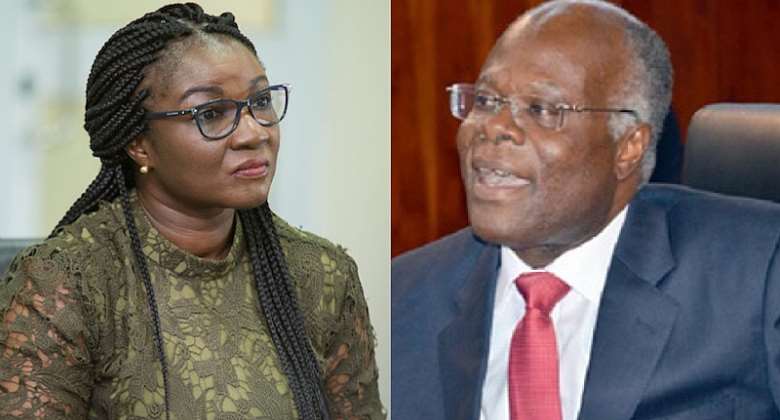 Joyce Bawah Mogtari, the Special Aide to former President John Dramani Mahama, has taken a swipe at the Adansi-Asokwa MP Kobina Tahir Hammond for insulting the hooters of President Akufo-Addo at the just-ended Global Citizens Festival.

The Adansi-Asokwa legislator described the incident as scandalous and shameful at a press conference on Tuesday, September 27.

He claimed that the youth, despite exercising their democratic rights, should not have acted in such a disrespectful manner.

"That was scandalous. I don't think that, as a nation, we've gotten to that stage. I was petrified when I heard that. I didn't understand it. I haven't seen anything of this sort before.

“We shouldn't be setting precedents that cannot be handled. Whatever the issue is, people have no business hooting at the President. There should be some respect because that isn't democratic,” he said.

In reaction, Joyce Bawah Mogtari said the youths were expressing their anger over the poor management of the country’s economy.

“Hon K.T Hammond should please wake up and smell the roses! All over the World, young people have taken center stage! They have a huge voice, are a huge constituency and should not be overlooked or described in such disparaging terms,” she said in a tweet today, September 28.