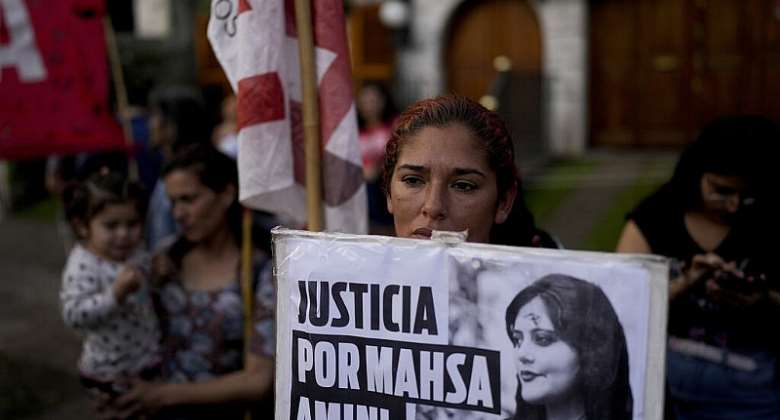 Despite international calls for restraint, Iran's police have warned that  they will crush protests that erupted nearly two weeks ago following the death of Mahsa Amini after she was arrested for allegedly breaching the rules obliging women to wear headscarves.

Scores of people have been killed since demonstrations erupted when the 22-year-old Kurdish woman died after being arrested in Tehran for allegedly breaching the Islamic republic's strict rules on hijab headscarves and modest clothing.

Widespread protests took place for the twelfth straight night on Tuesday, according to opposition media based outside Iran.

In an "Open Letter to the International Community," the Democratic Party of Iranian Kurdistan (PKDI,) run by exiles based in Iraq, France, Bulgaria and Canada, the Kurdish group cites "reliable figures" showing that, in Iranian Kurdistan alone, 25 people were killed "by direct fire by the terrorist forces of the Iranian regime," and 225 arrested.

Meanwhile, Iran has been accused of killing seven people and wounding 28 in cross-border strikes on Wednesday against Kurdish factions in Iraq that have denounced the crackdown on protestors in the Islamic republic.

In an immediate reaction, Iraq's federal government said it will summon the Iranian ambassador to Baghdad to protest over the strikes.

Iraq's Forgeign Ministry spokesperson Ahmed al-Sahaf said in a statement that "the Iranian ambassador to Baghdad will be summoned urgently, to deliver a letter of protest in a very harsh tone" on the subject of the bombardments.

But Iran's Mehr News Agency cites a statement by Iran's Revolutionary Guard, saying that it had staged an operation against "anti-Iranian terrorist groups in the northern region of Iraq," adding that "the operation will continue until the effective removal of the threat and the dismantling of the headquarters of the terrorist groups."

'Blow to the head'

"Police officers will oppose with all their might the conspiracies of counter-revolutionaries and hostile elements, and deal firmly with those who disrupt public order and security anywhere in the country," the police said.

The statement came only hours after UN secretary-general, Antonio Guterres had asked Iran's President Ebrahim Raisi not to use "disproportionate force" against protesters.

"We are increasingly concerned about reports of rising fatalities, including women and children, related to the protests," the UN chief's spokesman Stephane Dujarric said.

Fars news agency said Tuesday "around 60" people had been killed since Amini's death on 16 September, up from the official toll of 41 reported on Saturday.

But the Oslo-based group Iran Human Rights said the crackdown has killed at least 76 people.

Officials said Monday they had made more than 1,200 arrests, including activists, lawyers and journalists.

A cousin of Amini said she had been visiting Tehran with her family when she encountered the notorious morality police and died after a "violent blow to the head".

Amini, whose Kurdish first name is Jhina, was arrested along with her brother and female relatives after leaving an underground station despite being "dressed normally", Erfan Salih Mortezaee said.

"The police officer told (her brother), 'We are going to take her in, instil the rules in her and teach her how to wear the hijab and how to dress'," he told AFP in Iraqi Kurdistan.

"Jhina's death has opened the doors of popular anger," said Mortezaee, who joined the Iranian Kurdish nationalist group Komala after leaving the Islamic republic a year ago.