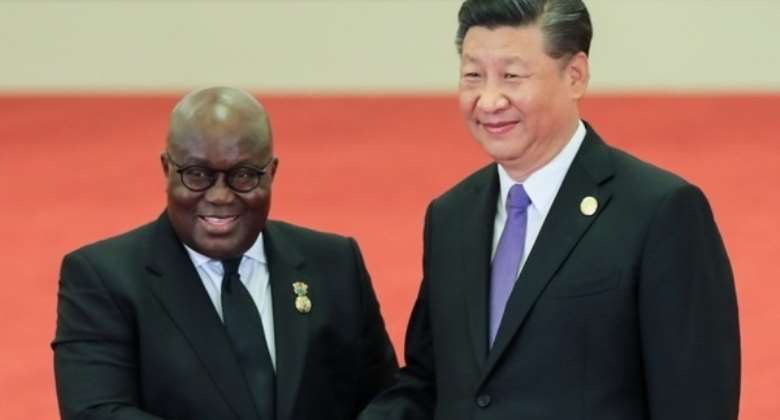 Built on mutual trust for development, bilateral trade volume between Ghana and China peaked at US$9.57billion in 2021 from US$6.67billion in 2017, the Chinese Ambassador to Ghana, Lu Kun has disclosed.

The Chinese Ambassador disclosed this at a durbar to commission a 22-km Cape Coast inner city road infrastructure funded by the Chinese government through the Sinohydro agreement.

He attributed the steady rise in trade and investments to the strong demand for Chinese products by Ghanaians as well as measures put in place by both countries to leverage the long-standing relations.

The Vice-President, Dr Mohamudu Bawumia, together with Mr Kwasi Amoako Atta, Roads and Highways Minister joined the chiefs of the Area to commission the road project aimed at expanding access to ease traffic and accelerate development.

Elated by the increasing trade volumes between China and Ghana, the Ambassador said: “These are not just numbers, but a symbol of China-Ghana friendship we value and cherish.”

“The China-Ghana ties have been kept on a sound momentum of high-level bilateral exchanges and ever-increasing trust built on mutual strong conviction for development.

“The decades of solid relations remain a springboard for a win-win China-Ghana cooperation hinged on consolidating bilateral traditional friendship, deepening pragmatic cooperation, and broad consensus building on issues of mutual concern,” he stated.

The Chinese Ambassador indicated that China and Ghana have always supported each other on issues concerning their core and major interests, keeping close cooperation in the international and regional arena and thus safeguarding the relationship.

Through that, Mr Kun said the Chinese government had financed, partnered, and executed several critical national projects relating to the economic growth and the livelihood of people in Ghana.

Key among them are the National Theatre, office complexes of the Foreign Ministry and Defence Ministry, the University of Health and Allied Sciences in Ho and the Cape Coast Sports Stadium.

Others are the Atuabo Gas Processing Project, Bui Dam, and Kpong Water Supply Expansion Project, Asogli Power Plant, and Africa World Airline (AWA) which have played a key role in resolving the power shortage and promoting the interconnection of the sub-region.

Lately, the Chinese equipment and technologies have accelerated the pace of integration with local enterprises and capital, bringing into being several local star enterprises and adding fuel to the enthusiasm for Ghana's cooperation with China.

On people-to-people exchanges, he said cultural exchanges were close and ever-increasing on mutual understanding, as wood sculpture, music, and dance, among other forms of tourists, enjoyed high popularity among Chinese tourists.

Mrs Justina Marigold Assan said the completion of roads was key to the region’s investment drive to become the preferred investment destination in the country.

She said the Region remained the most preferred destination in Ghana's quest to continuously attract investment from the Diaspora.