W/R: Owners of dogs and cats encouraged to vaccinate them 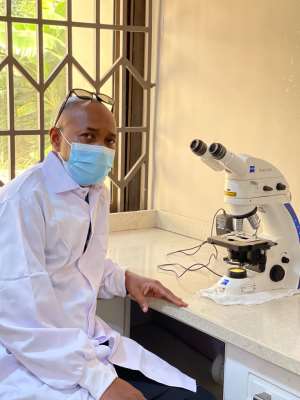 Dr Simon Gbene, the Western Regional Director of the Veterinary Services has called on owners of dogs and cats to vaccinate their pets against rabies diseases as a license in keeping them.

He said, failure to vaccinate them was not only termed as animal cruelty but could also attract a jail sentence of six months imprisonment.

Dr Gene who made this known to the Ghana News Agency in an Interview in Takoradi, indicated that countries were expected to record zero rabies societies by 2030 and therefore called for collective actions on the part of owners of such pets, health institutions and people bitten by dogs to help achieve that target.

He mentioned the signs of rabies in dogs to include difficulty in drinking water or swallowing foods, biting stones, woods or wandering in and about.

The Vet Director said de-ticking and deworming of dogs and cats must also become a matter of concern to keepers and owners.

Dr Gbene said the Region had so far recorded 965 cases of dog bites, but no official case of rabies had been reported.

Dr Gbene appreciated the collaborative efforts between the Ghana Health Service, the EPA and the Veterinary Services to ensure that the dog bites were handled effectively in the Region.