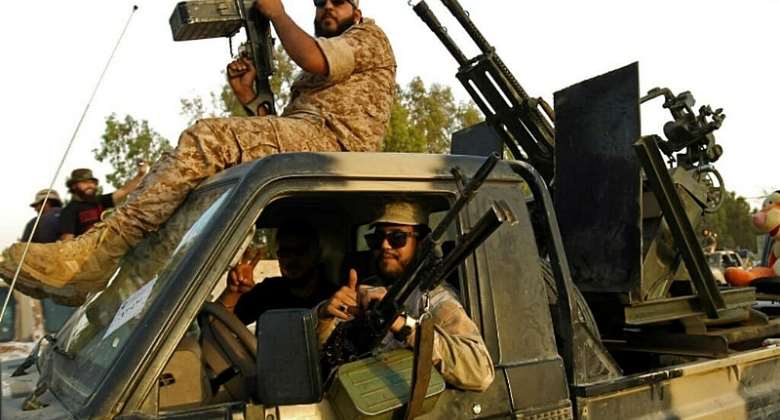 A report released by the World Organisation Against Torture says that extrajudicial murder and torture have become widespread in Libya, with nearly 600 people losing their lives in the past year to law enforcement agents or militia members.

According to the report published by the World Organisation Against Torture (OMCT), Libyan law enforcement agents and militias killed at least 581 civilians – both nationals and migrants – between January 2020 and March 2022.

This number includes people executed in detention facilities or tortured to death, but according to the authors of the report that figure is only the tip of the iceberg.

The OMCT says that, in tandem with the extrajudicial killings of civilians, often accompanied by horrific torture, government agents and armed militias unleash indiscriminate violence with total impunity.

The report, entitled “That was the last time I saw my brother,” is the first of its kind focusing on extrajudicial killings in Libya.

It has been compiled by using direct interviews with witnesses and survivors carried out across the country by the Libyan Anti-torture Network (LAN) – a group of civil society organisations.

Mona Siwi, legal officer for the OMCT's Libya programme, told RFI that the LAN has faced a herculean task in attempting to document and record human rights violations and torture in Libya over the past two years.

"The network is in fact dealing with a huge  number of obstacles and challenges on the ground when it comes to the security situation in Libya ... and how the government is actually trying as much as possible to limit the access of these people to victims of crimes.

"The fear of prosecution by the perpetrators belonging to different armed groups in Libya is also posing a threat to many on the ground, including the LAN network."

Siwi is at pains to underline that the number of violations documented in the report are just the "tip of the iceberg of the reality that is happening in Libya."

In attempting to shed light on torture and militia activity in Libya, many researchers have been stone-walled with a collective omerta, a refusal to speak about crimes.

Siwi told RFI that LAN investigators did encounter such difficulties, but their experience in working with local populations over the past 11 years has enabled them to overcome peoples' reticence in coming forward.

"The Libyan Anti-torture Network has been working since 2011," Siwi explains. "Separately, each of these members [have been] working in different regions ... to create a coalition between civil society organisations to work and cover all of Libya.

"Even some of our [researchers] were victims of torture in the past. Those activists [face] the fear of being arbitrarily arrested at any point ... they manage because the horrific reality that is being faced by the victims pushed a lot of people to find a confidential platform where they can deliver the information."

For the OMCT, confidentiality is paramount – they have trained the Libyan Anti-torture Network on how to reserve and disseminate information gathered from victims, making sure they understand that everything that is said is strictly confidential.

Migrants as vulnerable as ever

When documenting abuse cases, the NGO broke the atrocities down into four contexts. The indiscriminate shelling of residential areas; executions in detention; death in custody under torture; bodies disposed of in dumps.

Yet although the majority of the victims cited in the OMCT report were Libyan, it also recorded a significant number of migrant deaths in custody, including in police stations.

For Siwi, the statistics underline the fact that the exploitation of migrants is not only due to human traffickers or smuggling networks, but also to the Libyan state, which has failed to provide any protection for migrants.

Over the past 10 years, says Siwi, "state actors and non-state actors – including all of the armed groups involved in the human trafficking process – have [continued] to practice horrific ways of torturing people.

"And it's killing people ... the migrants who enter Libya are completely vulnerable and face violations all the way through the routes, either in the desert, or passing through different cities and then being arrested or intercepted in the middle of the sea, and then brought back to detention centres to be humiliated, badly treated and tortured," Siwi told RFI.

After these horrific incidents, many migrants are unwilling to speak of the violations because they believe they are being watched, followed, and spied on: "They are actually being threatened by the guards, the directors, the people who torture them."

Collusion versus the rule of law

When it comes to the role of state and non-state actors, researchers point to various levels of collusion, depending on shifting alliances and on which militia, government or warlord becomes dominant in a particular region.

This has led to the post-ponement of democratic elections – stalling the creation of a legitimate, inclusive executive.

But until a stable, inclusive government is elected, what hopes are there of bringing the rule of law back into the daily lives of Libyans?

As Libya has been living with political and military instability since the fall of Moamer Kadhafi in 2011, the ongoing civil unrest has been exacerbated by the successive governments' failure to reintegrate armed groups.

"The government is actually funding these armed groups which are committing these act of torture all around the country," Siwi maintains.

For her, the role of civil society and international organisations is to increase the pressure on the authorities "through reporting and highlighting these horrific events.

"What is concerning," she adds, "is that these violations are systematic – they happen continuously.

"They sell people. They enslave people. It is horrifying, but that doesn't mean that we [should] remain silent."

In its conclusion, the OMCT report puts the responsibility for bringing an end to the torture and killings directly on the shoulders of the Libyan state.

"Urgent action [is needed] to establish an independent commission, a local commission within Libya to document [abuses]," Siwi demands.

"And the government needs to provide all the financial and administrative resources to protect the victims ... and create a level of inspection of what's happening in detention facilities, where state actors are behaving in complete denial of what's happening on the ground."

Mona Siwi is the legal officer at the Libya programme with the World Organisation Against Torture, the largest global NGO group actively standing up to torture and protecting human rights defenders worldwide.