This is the tip of the iceberg, there will be more booing if nothing is done — Kofi Akpaloo to Akufo-Addo 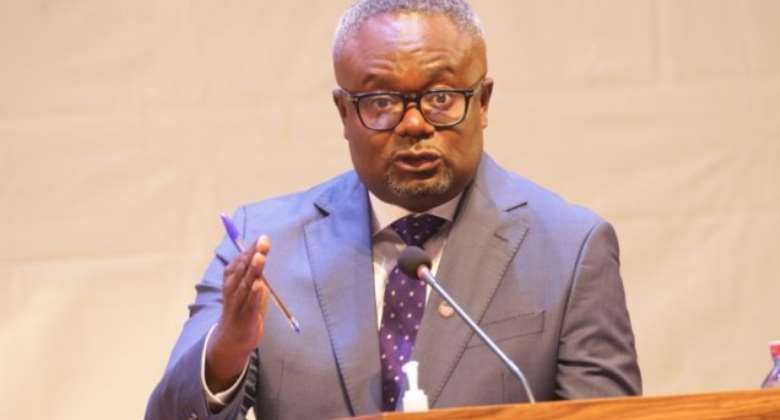 Percival Kofi Akpaloo, leader and founder of the Library Party of Ghana (LPG), has said the booing by the youth at last Saturday’s Global Citizens Festival is just the tip of the iceberg.

The 2020 presidential candidate asserted that looking at how Ghanaians are suffering, hooting at the President at gatherings may become a normal action by the youth to express their displeasure.

Speaking to Accra-based Angel TV/FM’s Anopa Bofo morning show, the politician intimated that things will get worse than the one recorded on Saturday if the President keeps sleeping and not taking any action.

"All is not well to Ghanaians. Ghanaians are not happy. When I saw this video I said it is a tip of the iceberg, because people are not happy in this country. Nobody should sit anywhere and think all is well," he stated.

According to him, the President's advisors should also be blamed for the abysmal performance of government that has brought hardship to Ghanaians.

He advised the President to listen to the people's cries and stop alluding to the advice of his self-serving appointees, who may have misinformed him.

“I think the problem with the president at the moment is that people are not advising him well because when it came to the period to reshuffle his appointees, he took things lightly.

"If he effected the change in the government, people will begin to realise that you want to do something...but he took things lightly," he intimated.

He stressed, "President as a person will not know what is happening on the ground.”

Some outraged and suffering Ghanaian youth who attended the Global Citizens music festival gave the President an unpleasant evening during his speech at the event.

Soon after the President mounted the stage to deliver the 6-minute welcome address, he was booed with "away! Away!" chants from the crowd.