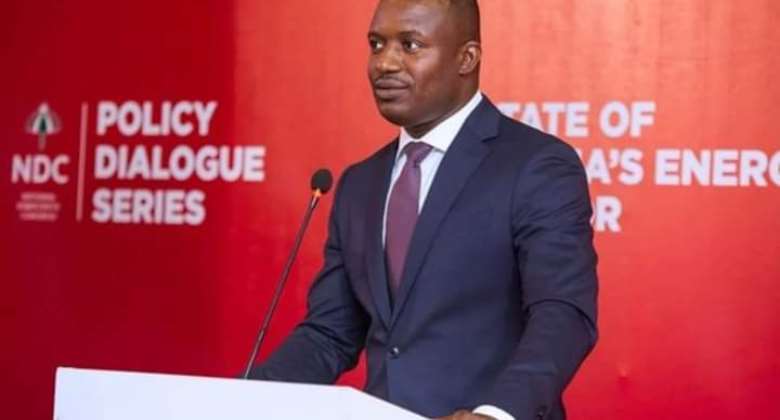 The Minority in Parliament is demanding a detailed report on the agreement between Ghana National Petroleum Corporation (GNPC) and a US-based Ghanaian owned energy company, Genser Energy Holdings.

The Minority contends that the conditions of the deal, in which Genser committed to pay a reasonable price for gas to power embedded power plants it leases to various large mines and consumers in the cement and ceramics industries, must be interrogated.

Speaking to Citi News, the Ranking Member on the Mines and Energy Committee of Parliament, John Jinapor, said the Committee would review the deal when Parliament resumes.

“Some of the questions have been answered while others are pending. For the information that could not be provided, we have directed that GNPC makes all those information available to us regarding the financial analysis underpinning the agreement and investment decisions.”

“We are also aware that, Ghana Gas is deeply involved, so we have decided that we will summon Ghana Gas to appear before us because I am clear in my mind that, there are some issues that need addressing”, he said.

Already, the government has described as misleading reports that Ghana is likely to incur a $1.5 billion financial loss in the agreement.

“For now, it is a bit exaggerated,” a Deputy Minister of Mines and Energy, Mohammed Amin said to the press.

The Africa Centre for Energy Policy and IMANI Africa revealed in a report that the deal in which Genser committed to pay a reasonable price for gas to power embedded or off-grid power plants it leases to various large mines and consumers in the cement and ceramics industries triggers possible financial recklessness on the part of GNPC.

But Mr. Amin said IMANI and ACEP should have been more measured while sharing their conclusions.

“I was thinking that before IMANI and ACEP would put out into the public domain matters of this consequence, they should have made these matters referable to GNPC.”

Ghana Gas which used to be a subsidiary of the GNPC has been invited to meet the committee on Monday on the matter.

John Jinapor, is, however, expecting further details on the agreement between the GNPC and Genser.

He is concerned with the financial analysis underpinning the agreement and the thinking that went into the investment decisions.

“The committee will interrogate this matter to its logical solution… our duty is to make sure the State is not short-changed,” he said.