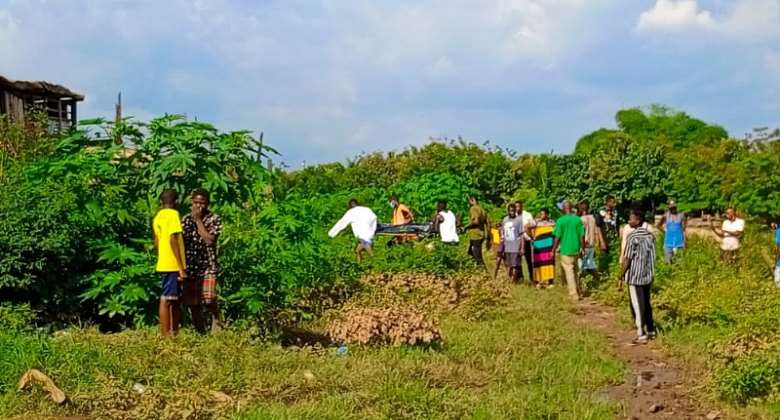 The body of an unidentified man has been found in a stream that borders Atonsu and Asokwa in the Asokwa Municipality of the Ashanti Region.

The body was covered with debris that had gathered due to a recent downpour recorded in parts of the region.

According to residents in the area, the body was spotted by scrap dealers who were scavenging for metals and discarded items in the stream.

Both fingers were visible, with the rest of the body parts covered with sand and refuse in the stream.

Environmental officers from the Asokwa Municipal Assembly who were called in had to use shovels to dig around the body before being able to recover it.

The naked body lay in a supine position when the officers dug out the debris.

An eyewitness, Richmond Boakye Yiadom, and other residents in the area suspect the unidentified male adult believed to be in his 30s could have been carried into the stream by floodwaters.

Residents in the area have called on authorities to dredge the stream to avert future incidents.

Police, with the help of Environmental Officers and officials of the National Disaster Management Organization, NADMO deposited the body at the morgue.

The incident attracted residents and other onlookers who came to the scene to catch a glimpse.