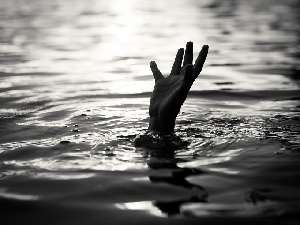 The Ghana Police Service has confirmed the drowning of one of its officers at Sefwi Amoaya in the Sefwi Bodi District of the Western North Region.

Preliminary report indicates that the deceased Police officer was part of a Police team that was on anti-illegal mining operation duty around the River Sui when the unfortunate incident happened.

During the operation, the officer is reported to have fallen into the river and drowned.

The Police say investigations have commenced to ascertain what really happened.

“The Police have commenced investigation into the circumstances surrounding the drowning of a Police Officer at Sefwi Amoaya in the Sefwi Bodi District of the Western North Region on September 27, 2022,” part of a release issued by the Ghana Police Service has said.

The police note that in line with its standard operating procedure and tradition, further details will be shared after the family of the deceased officer has been properly informed.

We warned gov’t against reckless borrowing, wasteful spendin...
29 minutes ago