U/W/R: Our Sissala leaders must not continue to fail us – Residents 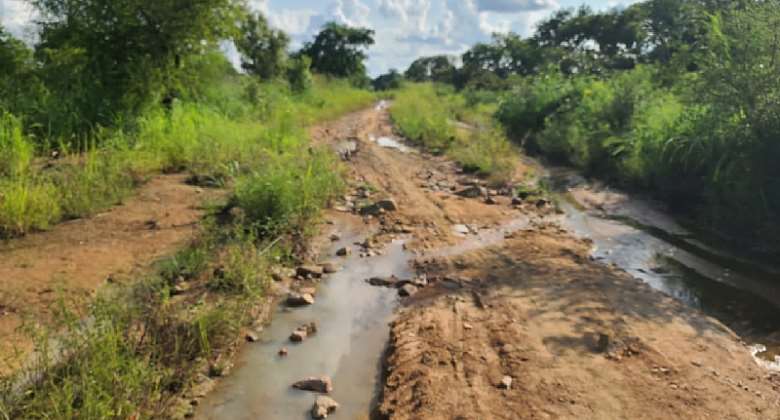 Inhabitants in the Sissalla enclave have appealed to people in leadership positions from the area, to make development their prime concern to bridge the development gap in the Upper West Region.

They said the entire Sissalla area had been ignored, largely neglected and forgotten not because the area detested development, but because its leaders had not made any conscious effort to chart the path of development.

According to residents, it was not late for the area's people occupying leadership positions to make amends by having a sober reflection on how to help bring the needed development to the people.

Speaking to the GNA, in separate interviews across the enclave, some of them threatened to either bar politicians from campaigning there or abstain from voting since they never benefited enough from the national cake.

They mentioned specifically the poor road infrastructure as the bane of the area's progress, a situation they said must be reversed.

Mr Yussif Napuna, the president of the Sissalla Youth Forum (SYF), said the Sissala enclave was food producing area, which could feed the entire nation but due to neglect, the area lagged in many things.

“Our leaders have been a total failure. They occupy key positions but sadly, they either lack lobbying skill or they are not bothered about the predicament of the area,” Mr Napuna said.

He said the Sissala Youth Forum had been spearheading the development agenda of the area but that no one seemed to be listening or trying to help address the poor road network problem.

“No one is thinking about us. We have influential chiefs too, but we don't know the roles they are playing in salvage the situation. Our politicians too appear to be clueless on how to help to tar our roads,” he said.

Mr Jonas Dimah Batong, a resident of Welembelle in the Sissalla East Municipality, decried the lack of unity among chiefs and other opinion leaders, who over the years embarked on divisive missions that continued to derail the development of the area.

He said, “Chieftaincy is affecting the development of the area because there is no unity” and that there was a need for the people to work with a common purpose.

“There are so many challenges in Sissala land, the major one being our roads. There is no tarred road linking any of the Sissalla districts, yet we are the largest producer of cereals in the whole country,” he said.

He explained that Dr Hilla Limann, Ghana's president of the third Republic coming from the Sissalla land should have been a motivating factor to tar at least a road leading to his hometown.

“Slave trade also owes its root from this area and the traces of slave trade such as the Gwollu Anti-Slavery Defense wall is still available for tourism, but the area had been neglected”, he said.

Hajia Asana Senjeh, a market Queen, said as a people they felt cheated because governments refused to construct roads in the area to propel development.

She said the situation was collapsing businesses since it was no longer profitable to engage in “Buy and sell” due to the poor road network and lack of reliable transportation.

Others also added their voice to the deplorable nature of the included members of the GPRTU and some government workers in the area.

Mr Amidu Chinnia Issahaku, the MP for the Sissalla East constituency told the GNA that the NPP government was committed to developing and improving the road network in the area.

Mr Issahaku, who is also a deputy Sanitation and Water Resources Minister, assured that the Tumu-Navrongo stretch of the road would be tarred very soon.

He said the development was a continuous process and appealed to the people to remain patient since the national cake would be distributed equitably.