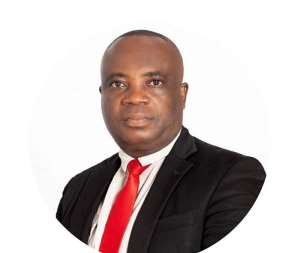 Mr Godfried Kofie, a former Vice Chairman of the National Democratic Congress (NDC) in the Hohoe Constituency, says he will contest the Chairmanship race in the Guan enclave.

Following the creation of the Guan District barely a year ago, the two major political parties are preparing for the next general elections by putting in place interim party officers, awaiting the creation of a constituency by the Electoral Commission (EC).

Voters in the district were not allowed to vote for a parliamentary candidate in the 2020 general elections and still does not have a representation in the legislative arm of government.

Mr Kofie, in an interaction with the media, said he had decided to contest the slot in the Guan area for the NDC to win the parliamentary and presidential race.

He said the lack of a parliamentary representation had been a punishment from the government since there were no developments from an MP hence the urgent need for the creation of a constituency.

Mr Kofie said although there was a district, the existence of a constituency would increase the number of development projects.

In a separate development, a former Hohoe MCE, Mr Peter Worlanyo Abomah, called on government and the EC, to as a matter of urgency, begin processes to create a constituency for the people of the area before the next elections.