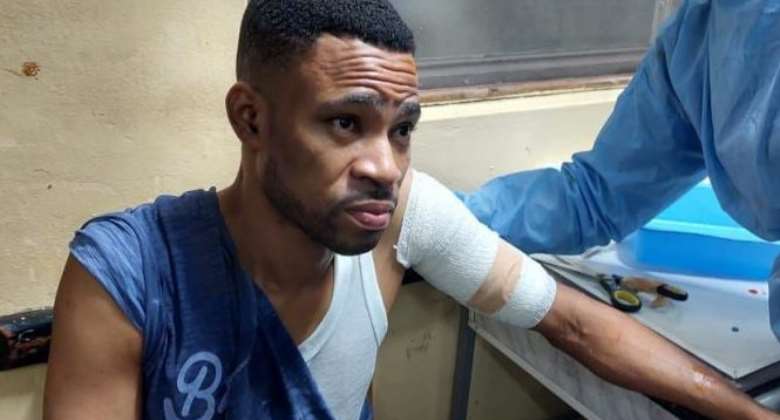 The journalist on Saturday, August 6 was physically assaulted on his way to Ga East Municipality from his Kuntunse home along the Agbogba-Kwabenya route.

Reports had it that after he was brutally injured, he managed to seek refuge in a store where he was given some protection before he was sent to the hospital for treatment.

Since the awful incident, Kofi Adoma has been off from his own Youtube channel, Kofi TV and his work with Accra-based Angel TV/FM, but recently appeared on his channel in a healthy state.

He acknowledged that life is not always supposed to be good. He noted that sometimes life is marred with sorrow, and as such, his own is never different.

“I have missed you all a lot, many of you keep calling asking how I am faring. By God’s grace, I am well, God is with us. Life’s journey entails downfalls, if it spills, you collect it again and soldier on, that is life."

He added that “It is true that I had a serious attack, speaking about it is unpalatable and it reminds me how close I came to death. When it happened, with the police and some well-wishers coming to me at home, I always listened attentively to them.”

Listen to his narration in the introduction of this video: