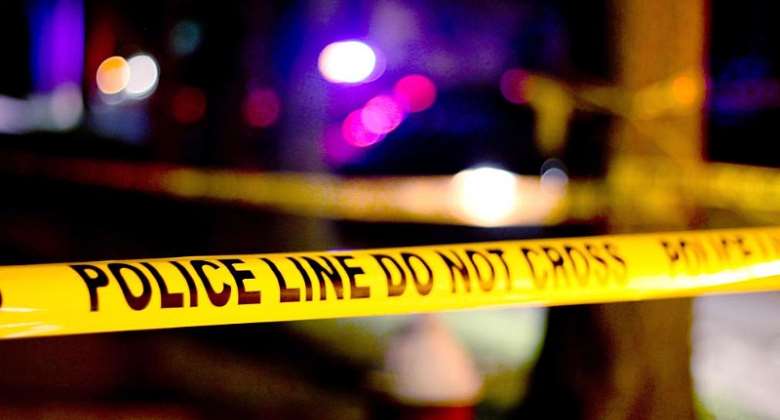 Two children have become orphans in Kota, a suburb of Berekum in the Bono Region following the death of both parents.

The father, Ofori Boateng has taken his own life by hanging himself in a bush. Before that, the 53-year-old man shot and killed his wife, Ama Mary from close range.

The families of the couple and residents of Kota are now in a state of shock amid mourning.

According to the information gathered from sources, the couple and their two children have been leaving in peace for years until recently when they started having problems.

The marital problems started when the well-to-do man started engaging in promiscuity.

Worried about the state of the marriage, the wife, Ama Mary reportedly informed his family for a meeting with the husband to be arranged.

After several talks with him, he only stopped for a while and continued his promiscuity act.

Subsequently, the wife reported his husband to his pastor. During an engagement, the husband is said to have threatened to kill the man of God and warned him to stay away from his marital issues.

Scared of the threats, the wife packed her things and went to live with her parents.

After close to three months, the man visited the wife and asked her to return home after asking for forgiveness.

The woman accepted and returned but after two weeks, the husband shot her on Monday dawn and fled from the house.

He later called some family members and disclosed that he is going to take his life at a particular location.

He was found hanging when the family members rushed to the location he communicated.

Meanwhile, the wife who was discovered in a pool of blood at home was pronounced dead on arrival at the Holy Family Hospital.

You’ve been a dependable husband – Lordina celebrates Mahama...
4 minutes ago