Northern Ghana is underdeveloped because of underinvestment during colonial rule, not geography 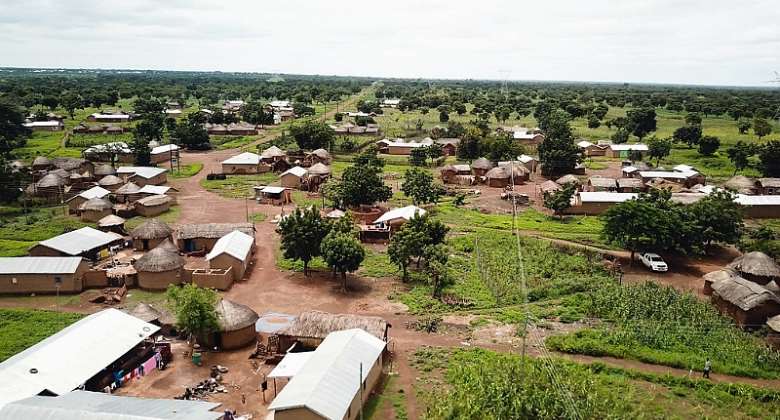 Northern Ghana was treated as a periphery outpost by colonial administrators. - Source: Flickr

Ghana's most important development problem is arguably the disparity between the north and south of the country. The north is acutely underdeveloped, trailing the south in practically all metrics of development.

Several inequality reports have consistently labelled the northern region as one of concern. Its rate of poverty level decline has remained very slow: from a poverty rate of 55.7% in 2006 to 50.4% in 2012. Southern Ghana enjoys a lower poverty incidence at 45%.

Explanations for the underdevelopment of the north often underscore its geography and climate. The north is dry, unsuited to growing cash crops, and lacking mineral resources. Another school of thought considers the impact of the colonial experience from 1897 till independence. The north was sidelined by the British colonial administration.

I have been looking into this to see which kind of explanation is most satisfactory. My study of the economic history of Ghana specifically examines the colonial roots of the north-south development divide.

I found that the effects of past colonial investments persist now – even in the few northern locations where they were made. They still strongly determine current development outcomes in Ghana.

I found that an average location in the north is at least 51% less developed than one in the south. The level of development was based on satellite images of light density at night – a precise and objective measure.

More than 70% of the northern population live in disadvantaged rural areas. The region scores lower than the south in most development terms. For example, in the Greater Accra Region, 22.5% of the population is poor in several ways, according to the UNDP's 2020 Inequality Report .

The arid north is primarily savannah woodland with no significant potential for cash crop cultivation. The mineral-rich and wetter south, covering about 56% of the country, produces and exports cash crops. The population of the south (24.5 million) is four times that of the north.

Other arguments about the regional differences concern their history. It's said that prior to colonial conquests, the north was more prosperous and developed, having built a fortune on trade and industry. That changed through colonial practices. The colonial state administered the north as a “periphery” and the south as a “core”. Colonial investments and expenditures in the north were kept at a bare minimum.

I explored the spatial distribution of colonial public investments in education, health and infrastructure. For example, northern Ghana had no class one road as at 1931 and no railway throughout the colonial period. Average distances to a colonial railroad were 324km and 59km for northern and southern areas respectively. The average distance to a class one road in 1931 was about 196km in the north and 32km in the south.

There are several reasons why the effects of past colonial investments persist.

First, once an investment had been made in a location, subsequent investments followed in the same location. It would be more cost-effective or more convenient to extend an existing railway line, for example, than to survey unexplored terrain for new railway lines.

Fourth, colonial investments had high returns because they were made in places that had not previously received such investments.

My study leads me to conclude that if more investments had been made in the north, the region could today be more like the south in terms of development.

Diagnosis of the problem

There have been numerous programmes to develop the north since Ghana gained political independence in 1957. Unfortunately, most either underperformed or failed. This is because the potential of the north has not been properly diagnosed.

The north's historical fortune was oriented towards trade and industry. At the onset of colonial rule, the modernisation of its trade system depended on the extension of railway lines to the region. But the north still has no railways connecting it to the south. Roads to the south are also in a deplorable condition.

The construction of the Ghana Railway Masterplan , designed in 2013 to connect the north and the south, has not started. The mooted Eastern Corridor Road project has never seen concrete progress either. These two projects would arguably be the most important routes to transform the north.

Iddrisu Mohammed Kambala does not work for, consult, own shares in or receive funding from any company or organisation that would benefit from this article, and has disclosed no relevant affiliations beyond their academic appointment.

You’ve been a dependable husband – Lordina celebrates Mahama...
14 minutes ago