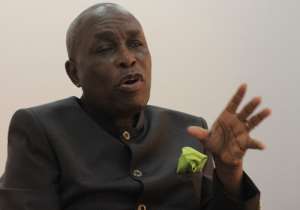 Mr. Austin Akufo Gamey, a Ghanaian politician and labour expert, has shown government and its Finance Ministry the safest and stress-free way to generate revenue to boost the country's ailing economy.

He implied that funds government has been negotiating with the International Monetary Fund (IMF) since July can be generated internally from the Social Security and National Insurance Trust (SSNIT).

Speaking on 3FM’s Sunrise show on Tuesday, September 27, Mr. Gamey asserted that there is no need to pursue a bailout from the IMF when it can be found within.

"We don't need to go to IMF, we have the entire money from SSNIT alone," he suggested.

Since July 1, the Ghanaian government has been in a series of negotiations with the IMF both at home and abroad for a US$3billion bailout.

An IMF team is in Ghana until October 7 to continue discussions with the government on policies and reforms that could be supported by a lending arrangement.

The meeting with the IMF comes amid concerns that Ghana is about to start talks with domestic bondholders on a restructuring of its local-currency debt.

News reports indicate that major local investors, including local banks and pension funds, are preparing to engage in discussion on debt reorganisation.

This could entail the extension of maturities and haircuts on principal and interest payments.

You’ve been a dependable husband – Lordina celebrates Mahama...
25 minutes ago