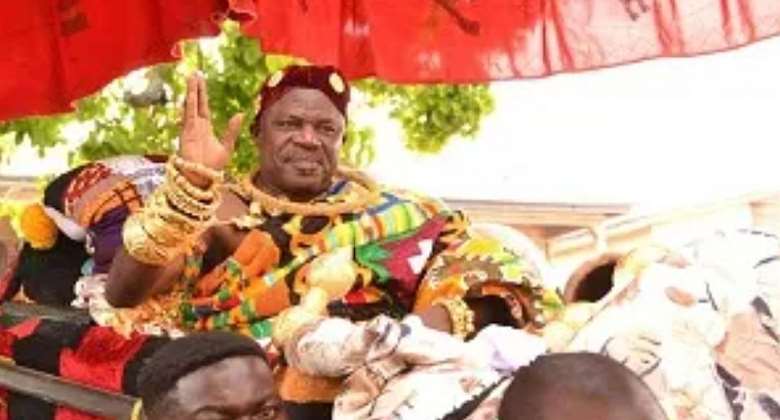 The Ejura Traditional Council have announced dates for the 2022 edition of their Annual Yam Festival.

The festival according to the traditional council will commence on 7th and end on 15th October.

The Festival called "Sekyerene" is marked every year by the chiefs and people to thank God, ancestors and the traditional stool for providing them with bumper harvest of fresh yams.

This year's event is under the theme "Let's Join Hands to Move Ejura Forward" with the focus on completing the Ejura Divisional Police Headquarters which is currently under construction.

In an exclusive interview with this reporter, the Chief of Ejura Traditional Area Barima Osei Hwedie II said the festival will combine a number of cultural and social activities while promoting development in the area.

He appealed to all indigenes of Ejura both home and abroad to join and support the event.

The event will be opened with Moslem Prayer by all Zongo chiefs on Tuesday, October 7, 2022.

A clean-up exercise on the entire Ejura land will follow on October 8.

The festival will continue on October 11 with a massive health walk and free medical screening for Ejura Residents.

On October 12, groups and associations in the Ejura Traditional Area will participate in a series of games including football, volleyball, and ludo among others. Special praises and worship will be held in the evening of that same day where authorities in the area, Member of Parliament, Municipal Chief Executive, Chiefs and other dignitaries will address the people.

A special bicycle racing competition coupled with cultural display by all languages on Ejura land will be held on October 13.

Ejura Chiefs will embark on special cultural worship of their ancestors on October 14, after which a cooking competition will be organized on the same day.

This year's festival will be climaxed on October 15 with a grand durbar at the forecourt of Ejura Palace.