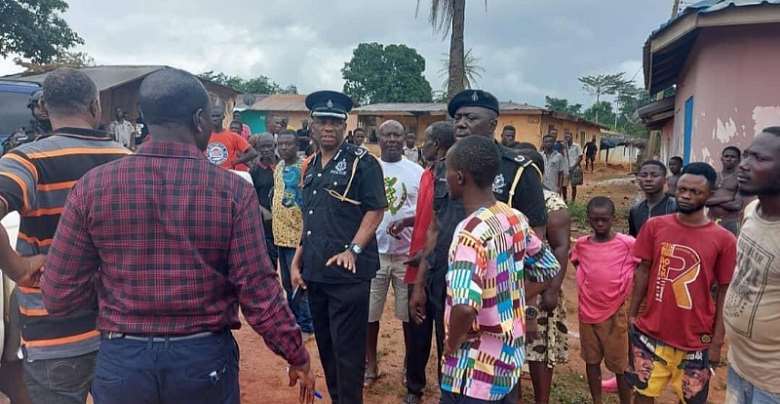 The chief of Sefwi Elubo, Nana Anini Baffour and his brother Kwadwo Affi returned to court on Monday, September 26.

The two were arrested earlier this month for engaging in illegal mining popularly known as galamsey.

The arrest of the two was confirmed by the police through an official statement issued on Saturday, September 17.

The arrests were made following a police investigation of a video circulation on social media showing illegal mining activities in some compound houses of the town.

An investigation discovered dug-out pits from the compound leading to the bedroom of the chief’s brother.’

Four other deep dug-out-outs have also since been uncovered by the police in other houses in the same vicinity.

Appearing before court on Monday, the lawyers for the two convinced the court to grant his clients bail.

The court presided over His Worship Lawrence Buenor granted bail to the tune of GHS100,000 each with surety of Ghana Card.

The chief and his brother are to reappear in court on Tuesday, October 11.

Structure of government's debt restructuring plan is unaccep...
49 minutes ago