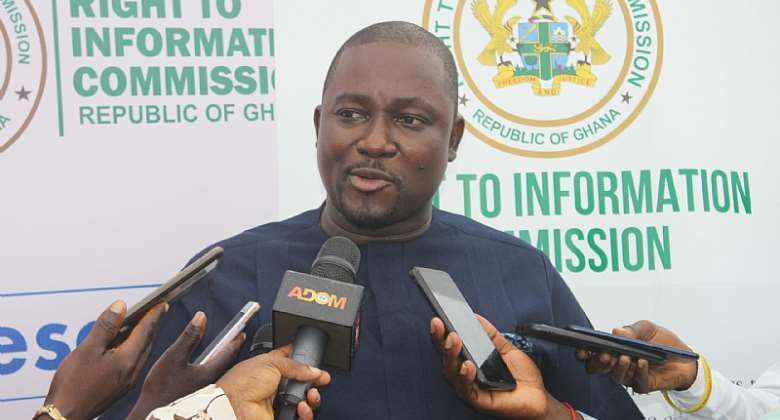 The Right to Information (RTI) Commission says it will soon prosecute heads of public institutions who fail to give out information requested under the RTI law.

Mr Yaw Sarpong Boateng, the Executive Secretary of the Commission said the commission had successfully negotiated with the Attorney General’s department to grant it powers to prosecute offences under the Act.

“The Attorney General has further elected to train selected staff of the Commission as prosecutors to seamlessly prosecute offences under the Act,” he said.

Mr Boateng made this known at a stakeholders’ conference held in Accra, on Monday in a conference that sought to solicit inputs from relevant stakeholders on the implementation of the RTI law and the way forward.

It was held on the theme: “Implementation of RTI Act 2019 (Act 989): Challenges, Solutions, Achievements and the Way Forward.”

The RTI Act (Act 989) is a law that seeks to promote transparency and accountability by empowering the citizens to access information on central and local governments as well as non-governmental organizations, which are publicly funded.

The Act was passed by Parliament in March 2019 and assented to by the President in May 2019.

However, more than a year into its implementation, accessing information under the law remains a major challenge.

Mr Boateng said the reluctance of heads of many public institutions to grant requests for information was negatively impacting on the smooth implementation of the Act.

“We see this trend in the review that have come to us. Institutions seem not to be mindful of the 14 days at their disposal to respond to a request application, they still wait for days to elapse. When applicants put in a request for internal review they still do not attend to the request and allow the matter to get to the Commission,” he bemoaned.

He added that others responded to these applications either with hostilities or misinterpretations, saying “this is an issue going forward we are going to curb with prosecutions.”

He also disclosed that the Commission was finalizing the setting up of a tribunal to adjudicate matters before it and therefore appealed for funds to furnish its tribunal unit to enable it to hold its first public hearing on matters that were before it.

To deepen the implementation of the Act, Mr Boateng said, the Commission was currently engaging the Ministry of Information on a draft legislative instrument to enhance the operationalisation of the Act.

“In fact, there is a committee that is currently considering the draft of proposed regulations which should be ready for submission to the office of the Attorney General and Minister of Justice soon,” he said.

Mrs Abigail Larbi Odei, Programme Manager for Media Foundation for West Africa, urged the RTI Commission to address the bureaucratic system and the charging of arbitrary fees associated with the request processes.